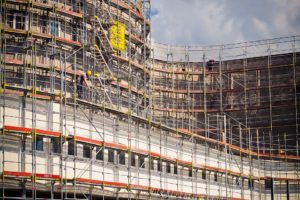 There are various sectors in which, the development programs have been launched in India. These sectors include uplifting the poor, women empowerment, health programs, etc.

The OSCs (One stop centers) was launched in April 2015. It was done to formulate and set-up one-stop centers which are funded from Nirbhaya fund. Thus, this was done to provide assistance and support to the women who are affected by violence in the public or private place. Also, this was done irrespective of caste, religion, class, region, marital status, or sexual orientation.

This is a comprehensive scheme in order to prevent trafficking. Also, it includes rehabilitation and reintegration of the victims of the trafficking and sexual exploitation. This yojna was launched in December 2007. Also, this scheme is being implemented more by NGOs.

Poverty is a condition or a state wherein the community lacks the financial essentials to enjoy a minimum standard of life. Despite being one of the fastest growing economies, this is considered as a significant issue in India.

This scheme has been launched in the country since 1979. Under this scheme, the all-round development of the rural population through a program of asset endowment for self-employment has taken place.

The objective of this yojna was to make all the poor families in villages economically dependent. So, with this aim, it was launched in 1977.

This plan was launched with a view of developing 5 critical areas in a village. These are primary education, rural roads, primary health, housing, and drinking water. So, the overall objective of this program was to develop the quality of life in rural areas.

This program was launched to provide additional resources under the available sampoorna Grameen rojgar yojna. Also, this yojna was funded 100% by the central government. Also, in 2006, this program was subsumed under the MGNREGA yojna.

Q. Which of the following portals were created as a part of Sarva Shiksha Abhiyan?