Any income that is not able to generate the revenue is known as liability. For example, when the government of India borrows money from the world bank, this will result in an increase in liabilities. Thus, it cannot be termed as revenues. There are two types of revenues generated by the government, nontax revenue, and tax revenue. 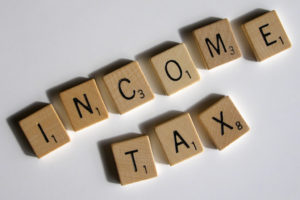 The term ‘revenue receipts’ is formed using two words that is revenue and receipts. In the example given above, if the money received is grant instead of a loan, it becomes revenue receipts. This is because grants are not paid back.

Thus, these revenue receipts can be in Indian rupees as well as foreign currency. The money that is received by the government out of its fiscal services like printing of stamp, metal printing, currency printing, etc.

Also, the money that the government earns through its general services like irrigation, power distribution, insurance, banking services, community services, etc. This also makes the part of the government business.

In current times, the spectrum auction has contributed largely to the non-tax revenues. It has been one of their major sources.

Also, note that the spectrum amount should have been capital receipt, but it is rather shown as non-tax revenue. This is shown in budget documents as a single time charges levied in the telecom players. Furthermore, the tax revenue collected in India usually very high than the non-tax revenue.

Tax revenues can be collected either from indirect or direct taxes. Indirect tax us collected by an intermediary from an individual who ultimately bears the economic burden of the tax. This includes VAT, sales tax, goods and services tax, or such taxes.

While direct taxes is the tax that is directly paid to the government of India by an India on whom this is is imposed. Thus, income tax, wealth tax, gift tax, property tax, etc are some of the examples of direct tax.

The majority of a chunk of tax revenues in India is collected through the corporation tax. Thus, it is the direct tax that contributes to the largest tax in India. Also, this amount is much larger than the amount collected under indirect taxes.

Q. Which of the following tax will is abolished since the introduction of goods and services tax?