Countries around the world are emphasizing more and more on women empowerment programs. There have been initiatives taken place to stop discrimination and violence against women. Thus, the Indian government has recognized some of the issues related to women empowerment and has launched some programs. 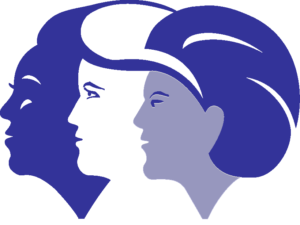 The Women empowerment programs refer to creating an environment where women can make decisions for their own benefits. Additionally, under this, they are given the freedom of choosing the decisions for society. Thus, they make a meaningful contribution to society without anybody’s influence. Below are some of the plans for women empowerment.

The OSCs (One stop centers) was launched in April 2015. It was done to formulate and set-up one-stop centers which are funded from Nirbhaya fund. This was done to provide assistance and support to the women who are affected by violence in public or private place. Also, this was done irrespective of caste, religion, class, region, marital status, or sexual orientation.

Poverty is a condition or a state wherein the community lacks the financial essentials to enjoy a minimum standard of life. Despite being one of the fastest growing economies, this is considered as a significant issue in India.

This is a comprehensive scheme in order to prevent trafficking. Also, it includes rehabilitation and reintegration of the victims of the trafficking and sexual exploitation. This yojna was launched in December 2007. Also, this scheme is being implemented more by NGOs.

This scheme has been launched in the country since 1979. Under this scheme, the all-round development of the rural population through a program of asset endowment for self-employment has taken place.

The objective of this yojna was to make all the poor families in villages economically dependent. With this aim, it was launched in 1977.

This direct online marketing program was launched by Child and women development ministry. Also, it was done to help the self-help groups (SHGs), women entrepreneurs, and NGOs. So, it was done to showcase the products that were made by them and the services rendered by them. Also, this was a part of ‘Digital India’ initiative.

The objective of this program was to promote the availability of safe and convenience in accommodation for working women. Also, this is made available along with the daycare facility of the children, wherever it is possible. This may be urban, semi-urban, or rural areas. Further details about this facility can find out on the official website

Q. Which program deals with the social and economic development along with the empowerment of women through the self groups?