We are sure you know quite something about the ancient history of India. The India that we see today is a result of many transformations, wars and political movements. Here, we will learn more about the Mughals, the Marathas and more importantly, the rise of European commerce in our country. We will start with a brief description of the Marathas and the Mughals. We will then look at how cleverly the foreign rulers captured our country.

The Mughals were descendants of Timur, the Mongol king. Timur’s empire collapsed when he died in 1405 AD. India slipped out of the hands of the Mongols for a while. Local Muslim leaders formed small states in northern India. But a generation later, Mongol leaders invaded India again and forced the Indians into a new empire, the Mughal Empire. Mughal is actually just an Indian spelling of Mongol. The first Mughal Emperor was Babur. 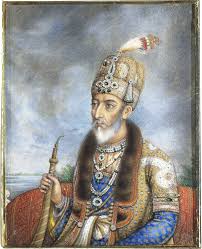 The rise of the Marathas‘ power was an influential dramatic turning point. It exponentially triggered the end of the Muslim dominance in India. Marathas’ chieftains originally served the Bijapur sultans in the western Deccan. This area was under the siege of the Mughals.

The Portuguese were the first to discover a direct sea route to India. It was on May 20, 1498, that Portuguese sailor, Vasco da Gama arrived at Calicut. King Zamorin, the local rule welcomed him and gave him a lot of higher privileges. He stayed in India for around three months.

After that, Vasco da Gama returned with a rich cargo. He then sold the same in the European market at an exorbitant price. It was more than 60 times the cost of his voyage. But soon, Vasco da Gama returned to India for the second time in 1501 AD. He set up a trading factory at Cannanore. With the establishment of trade links, Calicut, Cannanore and Cochin emerged as the significant Portuguese centres in India.

Rise of Portuguese Power In India

In 1505 AD, Francisco de Almeida became the first Portuguese governor in India. His policy was the Blue Water Policy. It meant to control the territory of India. But the Portuguese rise in Indian had a short life. They were threatened by the new rival trading communities from Europe. the Europeans posed a major challenge for them.

Arrival of the British

The arrival of the British and the establishment of British East India Company was the outcome of the Portuguese traders. They earned enormous profits by selling their merchandise in India. The English merchants were motivated by the awesome business stories of the Portuguese.

They formed the East India Company in 1599 AD to try out their luck in the Indian subcontinent. The Company received a royal charter from Queen Elizabeth I on December 31, 1600 AD. This charter authorised it to continue new trade in the East. The Queen was also a shareholder in the company.

Subsequently, in 1608 AD, the East India Company sent Captain William Hawkins to the court of the Mughal emperor Jahangir. The purpose of this visit was to secure royal patronage. He was successful in receiving the royal permit for the Company. now, the company had the permission to establish its factories at various places along the Western coast of India.

Expansion in the East

After successfully establishing its factories in the south and western part of India, the East India Company focussed on eastern India. It specifically targeted Bengal, which was a significant province in the Mughal empire. The governor of Bengal was Sujauddaula. In 1651 AD, the governor allowed the English Company to carry out its trade activities in Bengal.

Arrival of the Dutch

The people of Holland (present Netherlands) are called the Dutch. The Dutch were the next in the list to set their feet in India. Historically the Dutch have been experts in sea trade. In 1602, the Dutch formed the United East India Company of the Netherlands. It got the permission from the Dutch government to trade in the East Indies including India.

Arrival of the French

The French were the last European people to arrive in India. The French East India Company was formed in 1664 AD during the reign of King Louis XIV to trade with India. In 1668 AD the French established their first factory at Surat and in 1669 AD established another French factory at Masaulipatam. In 1673 AD the Mughal Subedar of Bengal allowed the French to set up a township at Chandernagore.

Ans: The correct answer is C. Akbar was known to be a just ruler. So as to not unfairly tax the masses he came up with a new taxation system known as Dahsala. The tax was paid in cash at one-third of the average produce of the last ten years. And in the years of drought or failed harvest, farmers were given some respite.

Q: Who fought against Humayun in the Battle of Chausa?

Ans: The correct answer is D. The battle of Chausa was fought in 1539 between Humayun and Sher Shah Suri. Humayun actually lost the battle and had to retreat to Kabul. However, Humayun came back almost a decade later and defeated the son of Sher Shah Suri to regain control of the empire.

Q: Which Mughal emperor banned the consumption of alcohol?

Ans: The correct option is A. Aurangzeb was a devout follower of Islam. He was also intent on establishing Islamic law all throughout his kingdom. It was his intention to suppress all other religions. Keeping with the Islamic law traditions he banned alcohol, drugs, music etc from his empire.

Ans: The correct answer is A. Afzal Khan was a trusted general of Adilshah. He requested a private meeting with Marathas’ king, Shivaji Maharaj. Shivaji Maharaj came prepared to be attacked, and in the fight that followed he managed to wound and kill Afzal Khan. This was followed by the Battle of Panipat II, which was won by Shivaji Maharaj.

Q: Write a note on French Commercial Growth in Pondicherry.

Ans: In 1674 AD, the French obtained a village. This was Pondicherry from the Sultan of Bijapur. They developed a thriving city on it. This came to be the main stronghold of the French in India. The French East India Company with the passage of time developed its trade establishments at Mahe, Karaikal, Balasore and Qasim Bazar.

The French came to India mainly with a purpose of trade and commerce. From their arrival until 1741 AD, the objectives of the French, like those of the British, were purely commercial. The French East India Company took hold of Yanam in 1723 AD, Mahe on Malabar Coast in 1725 AD and Karaikal in 1739 AD.

Can I get a backlink?