History is never complete without the mention of the Mughal Dynasty. Do you know what really attributed to the popularity of the Mughals? Right from Babur to Aurangzeb every Mughal ruler had a major contribution to history. Moreover, some of the notable events of the history took place because of the Mughals. So, here we’ll discuss all such notable events along with the rise and fall of the Mughal Empire.

In the middle age, there existed a very popular Mughal Dynasty that was the empire of the Mughals. By the 16th century, the Mughals expanded their kingdom from Agra and Delhi. In the 17th century, almost all the subcontinent were controlled by them. The legacy of the Mughals still stands unparalleled. 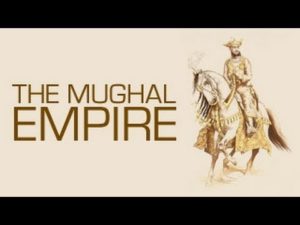 Who were the Mughals?

In the year 1526, the first Mughal Emperor, Babur, defeated Ibrahim Lodi in the Battle of Panipat and went on to capture Delhi. In 1555, Delhi was captured back by Humayun. After Humayun, Akbar came into power and we went on to capture Chittoor (1568), Ranthambore (1569), Gujarat, Bihar, Bengal, Kashmir, Berar Khandesh, etc. (1585-1605).

The role of Akbar is significant in the popularity of the Mughal Dynasty. When the rule of Akbar came to an end, Jahangir came to power and he took against Sikhs and Ahoms. Shah Jahan captured Ahmadnagar and Bijapur and Aurangzeb waged a long battle in the Deccan.

Relation of the Mughals with the other rulers

It was the common habit of the Mughals to campaign against all the rulers who did not accept their authority. However, with the popularity of the Mughals, many rulers voluntarily such as Rajputs. Mughals gave jagirs and mansab that helped them in expanding their territories. The primary source of income for the Mughal rulers was the tax that they charged on the produce of the peasantry.

Some of the notable policies listed out by Akbar were:

Q. What were the central provinces under the control of the Mughal Dynasty?

Ans: The central provinces under the control of the Mughals were Delhi, Sindh, Kabul, Mewar, Marwar, Gujarat, Bihar, Bengal, Orissa, and Deccan.

pls tell the military campaigns of babur and aurangzeb