Electron is the lightest stable subatomic particle. It has a negative charge that is the basic unit of the electric charge. The mass of an electron at rest is 9.10938356 x 10-31 kg that is only 1/1,836 the mass of a single proton.

Therefore, we consider an electron nearly massless while comparing with a proton or a neutron. It does not include the electron mass in the calculation of the mass number of an atom. 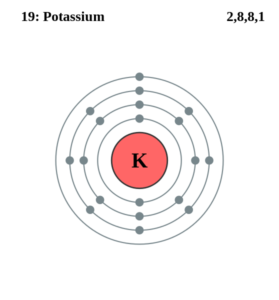 Do we know, what is electron? Electron is a subatomic particle that charges negatively. It can either be free or can be bound to the nucleus of an atom.

On the other hand, the electrons in atoms exist in the round shells of various radii, representing the levels of energy. To understand what is electron better, one needs to understand its structure.

The size of the spherical or the round shell is directly proportional to the amount of energy that an electron is having. In the electrical conductors, the flow of the current results from the movement of the electrons from atom to atom individually.

What is Electron Charge?

Electron-deficient atom in a semiconductor is referred to as a hole. The holes move from the positive electric poles to the negative electric poles in general. The charge present on a single electron is the unit electrical charge.

In addition, the charge an electron is having is equal, but opposite, of the positive charge on a proton or a hole. The electrical charge quantity is not usually measurable in terms of the charge on one single electron.

However, it is because this is a charge that is extremely small. Whereas, the standard unit of the electrical charge quantity is the coulomb. The symbol of the coulomb is C, it represents about 6.24 x 1018 Electrons.

The English physicist J.J Thomson is the discoverer of the electron. He discovered the electron in the year 1897, during the investigations of the cathode rays.

J.J Thomson’s discovery of the electrons, that he initially calls corpuscles. It played a pivotal role in the revolution of the knowledge of the atomic structure.

However, under ordinary conditions, the electrons are bound to the nuclei of the atoms that are having a positive charge by the attraction between the opposite electric charges.

Moreover, we call these charged atoms as ions. Not all the electrons associated with the atoms. Many of them occur in a free state with the ions in the form of matter that we usually call Plasma.

Question– The chemical properties of an element are largely derived through which of the following:

(A). Its position in the periodic table.
(B). The proton number of an element.
(C). The nucleon number of element.
(D). The number of valence electrons.