The constitution is nothing but a legal document and the Indian constitution is the supreme law of India. It explains the various players who are in authority in the country, their power and limits of their power. It also defines the fundamental rights and duties of citizens. World’s largest constitution presently having 448 articles in 25 parts and 12 scheduled. But it had 395 articles in 22 parts and 8 schedules in commencement time. Part 1 of the Constitution is titled as The Union and its Territory. These parts come under articles from 1 to 4. Let’s discuss the union and its territory in detail.

Articles 1 to 4 under Part I of the Constitution explains the Union and its Territory.

Article 1(1) states that India, that is Bharat, shall be a Union of States.

Article 1(2) states that the States and the territories will be specified in the First Schedule.

Article-1 describes India as a ‘Union of States’. Dr. B.R. Ambedkar said that the Indian federation was a “Union” because it was indissoluble, and no State had a right to separate from the Indian Union. The country is one integral unit beside the fact that it consists of different states for the convenience of administration.

The phrases ’ Union of India’ and ‘Territory of India’ has to be differentiated. The Union of India includes only the States enjoying the Status of being members of the federal system and sharing the powers with the Union.

The territory of India includes not only the States but also the Union Territories and such other territories as may be acquired by India in future. First Schedule of the Constitution has specified states and the Territories both.

It deals with admission or establishment of new States. Parliament may by law admit into the Union, or establish, new States based on terms and conditions. 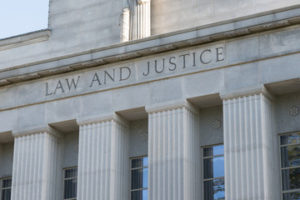 It states that the Parliament may by law form a new State by separation of a territory from any State or by uniting two or more States completely or in parts or by uniting any territory to a part of any State. It deals with the following:

Thus Parliament can increase or diminish the area of any State or can alter the boundaries or names of any State. Parliament follows the following procedures in this regard.

Step-1: Either House of the Parliament, only on the recommendation of the President, can introduce a Bill giving effect to any or all the changes stated above.

Step-2: If such a bill affects the boundary or name of a State, then the President will refer the Bill to the concerned State Legislature before introducing it in the Parliament for their opinion.

It says that any law referred to in Article-2 or Article-3 will contain such provisions for the amendment of the Ist  Schedule and the IVth Schedule necessary to provide effects to the provisions of law and may also contain such supplemental, incidental, and consequential provisions, as the Parliament may deem necessary.

This Article allows for consequential changes in the Ist Schedule i.e. names of the States in the Union of India and IVth  Schedule i.e. a number of seats allotted in the Rajya Sabha for each state. Constitution will not treat any such law altering existing States or creating a new State, as the amendment.

Article-3 is the further extension of Article-2 with added features. Comment on it.

Article-2 is related to the admission or establishment of new states that are not part of India. Thus this Article provides power to create a new state beyond the present territory. On the other hand, Article-3 deals with the establishment or creation of new states after the reorganization of existing states which are already parts of India. Article-3 thus demonstrates the vulnerability and dependence of the States’ territorial integrity on the Union.