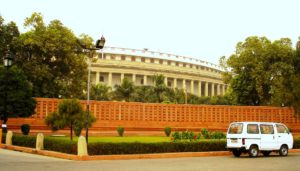 The Composition of Lok Sabha

The maximum number of people that can be elected in Lok Sabha is 552. Out of these 552 people, 530 are elected to be members of the states. While 20 are the members represented in the union territories. The remaining 2 people are from the Anglo-Indian community that is elected by the president of India.

The current structure of Lok Sabha consists of 530 members. Also, the state representatives are directly elected by the people from their respective constituencies. Furthermore, under the constitutional amendment act of 1988, the voting age was reduced to 18 years from 21 years.

The Composition of Rajya Sabha

The maximum people that can be elected in Rajya Sabha is 250. Out of this, 238 are elected as the state representatives. While the remaining 12 are nominated by the president. The 238 people also consist of representatives from union territories.

Currently, there are 245 members of Rajya members. Also, 229 of them are the state representatives. While 12 are nominated by the president and 4 are elected from union territories. For the allocation of seats in Rajya Sabha to states and union territories, the fourth schedule of the constitution is used.

The elected members that are elected for the state legislative assemblies elect the state representatives in Rajya Sabha. Also, these seats are given in the Rajya Sabha on the basis of the population.

For both the houses, the duration or tenure of their MP’s is different. Lok Sabha does not follow continuous members. The normal term in Lok Sabha is of 5 years. Thus, it is from the date of it’s first meeting to the general elections. The committee dissolves thereafter.

While Rajya Sabha is considered as a permanent body. Thus, it is not subjected to dissolution. Also, 1/3rd members of the Rajya Sabha retire every 2nd year. These retiring members can stand for re-election as well as for re-nomination any number of times they want.

Q. Which of the following member is authorized to decide about the disqualification of a member for the parliament

Q. In India, the upper of the people can be called