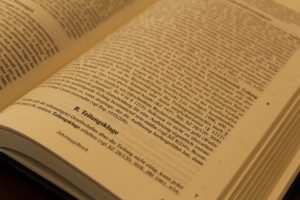 Emergency Provision and Special Provisions of the Indian Constitution

There are different articles that are applied as far as the emergency is concerned in the constitution of India. One of them is the article 352. In this article, if the president feels that there is a danger under which the security or any other part of India is under threat than he/she can proclaim an emergency.

This emergency being enforced may be a part of a whole of India. There are certain conditions which are very important to understand. They are:

Effects and consequences of emergency

When the emergency is declared, the directions to the state executive will be extended by the union in an emergency area. Also, parliament has the power to extend the subject that is being held to the various states list.

Other than this, the president can prohibit or restrict the revenues that are normally distributed to the states. This is done under the financial provision of the constitution.

Meanwhile, the power of issuing directions to the state executives is acquired by the union government. Thus, they can also exercise power. Also, the parliament is authorized to legislate on the subject of the state. So, states can also make laws during the emergency.

But this can be subjected to the overriding of the power for the parliament. Also, under the emergency, the power of Lok Sabha cab extended up to 1 year. Here the period should not be beyond six months after it is operated.

If a governor convinces a president of a situation that has arisen wherein the constitution of India is in danger than he/she can declare the emergency. Thus, in this case, all the power will be assumed by the president. So, the president can declare that the powers belonging to the state legislature will be exercised by the parliament.

Impact of emergency on the fundamental rights of the citizens

Furthermore, it can also be exercised by the subordinate authority. Also, the president has the power to suspend the right where he/she can move the court of law. This is done to protect the enforcement of fundamental rights.

Thus, it means that entire fundamental rights can be suspended during the emergency. However, this type of orders needs to approve before the parliament as soon as possible.

Practice Question on Constitution of India

Q. An emergency due to external aggression, armed rebellion,  or war comes under article 365.