There is a right in India which states that a person can move to Supreme court if he/she wants to get their fundamental rights protected. This right comes under article 32 for Supreme court an article 226 for the high court. It is known as the right to constitutional remedies. In this right, the Supreme court, as well as high court, is given the power to instill the fundamental rights. Furthermore, the power can be issued by local courts also to extend the rights. Although, there is one act which comes under the military law known as the court-martial which is exempted from this right. 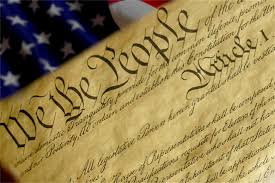 Dr. B. R. Ambedkar said that article 32 is the soul of the constitution and it is at the very heart of it. Also, the Supreme court has included this in its basic structure doctrine. Furthermore, this right states that the right to move to the highest court cannot be rejected by any court expect provided by the constitution of India.

Thus, it means that this right is suspended at the time of national emergency under article 359. Under article 32 Supreme court acts as a guarantor and defender of the fundamental rights. Furthermore, it is originally under the Supreme Court’s jurisdiction power to issue the writs.

Thus, it means that a person can directly approach the Supreme court for the remedy instead through the way of appealing.

A writ is couched in the form of a letter or is percept in writing. It is running in the name of the king, or state, or president, issued from the justice court. So, this is sealed by its seal and addressed to an officer of the law or directly to a person who is commanded for action by the court.

Thus, this is done either during the commencement of the suit or is incidental to its progress. It requires the performance of the mentioned actor by giving the command to have it done.

Also, it is important to note that article 32 can be invoked only to get remedies related to fundamental rights. Thus, it cannot be there for any legal or constitutional right. For these rights, there are different laws available.

For the Supreme court and high court, the power of issuing writs come under the original jurisdiction. Thus, the writ can be moved by any aggrieved person.

Q. Out of following rights, which right guarantees that the fundamental right is given to every citizen of the country?

A. Right to equality

B. Right to freedom of speech

Q. Under what right do the rights to constitutional remedies come under?