A juristic person is things, the mass of assets, a community of human beings or an organization on which one can apply the legal law. Juristic personality is the capability to have legal rights and duties. The nature of legal personality is a prior need for legal capacity and ability of any legal person to amend rights and duties. For the Judicial person, one has to incorporate in accordance with the law. On the other hand for the natural person, one has to acquire legal personhood by birth. Let us discuss the nature of personality in detail.

According to Salmond, “A person is any being whom the law regards as capable of rights and bound by legal duties.” There are two kinds of persons, Natural persons, and Legal persons.

We use the term “personality” for human beings alone because it is only them who can be the subject-matter of rights and duties, therefore of juristic personality. There are two essentials of a legal person such as corpus and the animus.

The corpus is the body into which the law infuses the animus on the other hand animus is the personality or the will of the person.

Legal personality is an artificial creation of law. Entities under the law are capable of being parties to a legal relationship. A natural person is a human being and legal persons are artificial persons, such as a corporation. Law creates such corporation and gives certain legal rights and duties of a human being. 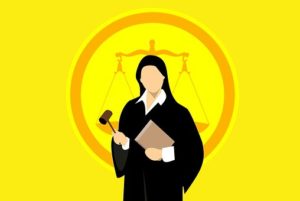 Solved Example on Nature of Personality

Explain the theories of the nature of legal personality?

This theory says that the personality of a corporation is different from that of its members. Thus any change in the membership will not affect the existence of the corporation.

It is concerned with the Sovereignty of a State. It pre-supposes that the corporation as a legal person has great importance because it is recognized by the State or the law. According to it, a juristic person is merely a concession or creation of the state.

This theory believes that every collective group has a real mind, a real will and a real power of action. So, a corporation has a real existence, irrespective of the fact whether it is recognized by the State or not.

4. The Bracket Theory or the Symbolist Theory

It states that the conception of corporate personality is important and is an economic device by which we can simplify the task of coordinating legal relations. Thus, it emphasizes that the law should look behind the entity to discover the real state of affairs.

5. Purpose Theory or the theory of Zweck Vermogen

It declares that only human beings can be a person and have rights. It also states that a juristic person is no person at all but merely a subject-less property meant for a particular purpose. There is ownership but no owner. Thus a juristic person is not constructed by a group of people but based on some object and purpose. Only living things can be the subject-matter of rights and duties.

According to it, there is no difference between the legal personality of a company and that of an individual. In the legal sense personality is only a technical personification of the norms with the assigned rights and duties.