Who is a person? According to the law, a person is anyone who has certain legal rights and is bound by some legal duties. This person may be real or even imaginary. So then what is the legal status of an unborn child, a minor, a drunk or a lunatic? Let us find out.

Under the eyes of the law, there are two types of legal entities – human and non-human. So a person will be a human legal entity. But a company or corporation, on the other hand, is a judicial (non-human) person or entity. It still has legal rights and duties just like a human entity.

Thus the law of status will deal with those persons that do not enjoy the privilege of being legal entities, i.e. have no distinct legal personalities. But yet the society has a duty towards them and their well being. These include an unborn child, a minor, a lunatic or a drunk person and even a dead person.

Legal Status of an Unborn Child 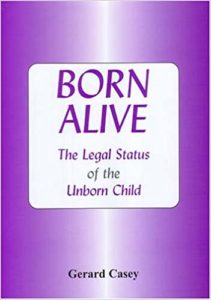 A child that is still in the womb of its mother is still not technically a person. But by legal fiction, an unborn child is considered already born. i.e. he is granted a certain legal personality. If the child is born alive he will then enjoy legal status. Let us look at certain provisions made for the unborn child under the Indian law,

Legal Status of a Dead Man

A dead person is no more a legal entity. As soon as a person dies, he becomes incapable of enjoying rights or performing his duties. So the legal personality of a person ends with their death.

However, the law does take into account the wishes and desires of the deceased person. And it also ensures that there is no false harm to the reputation of the deceased. As per the Indian law,

Legal Status of a Drunkard, a Lunatic and a Minor

Now, the legal status of a drunkard, a minor and a lunatic have some special consideration. These people are all obviously natural persons and all have a legal identity. However, they are considered incapable to enter into a contract.

So any person who is mentally afflicted (includes lunatics and drunk persons) at the time of entering into a contract is incapable of doing so.

Question on status of a Minor, Drunk or Lunatic

Q: Who has to prove the drunkenness or the lunacy of a person to make a contract void?

Ans: A drunk person or a lunatic is incapable of entering into a contract. The burden of proof here falls on the mentally afflicted person themselves, i.e. the drunk person or the lunatic.