Let us start this topic by understanding what ‘remedy’ actually means in Law. A party is said to be ‘aggrieved’ when something that they may have been enjoying has been taken away from them by another party. This is an infringement of a party’s rights and it is treatable by law. Similarly, a legal remedy is one such treatment. Let us learn remedies in tort in detail.

When the aggrieved person is taken back to the position that they were enjoying before their rights were infringed, they are said to have been provided with a legal remedy. There are various types of legal remedies. 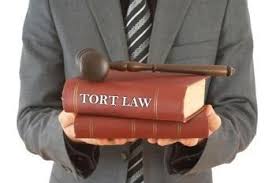 For instance, if something that belongs to you has been taken away from you by a party, the court can either ask them to pay you back in money, or ask them to return your belongings as they were, and may also punish the party in some cases.

Remedies in Tort Law are of 2 types

Judicial remedies in tort are of three main types

These are of five main types:

Question on Remedies in Tort

Ques. The following scenario falls under which remedy.

Scenario: So, Adam and Dave are neighbours. Branches of a tree growing on Adam’s plot enter Dave’s apartment from over the wall. After giving due notice to Adam, Dave can himself cut or remove the branches if they’re causing him a nuisance.

Ans. The correct answer is option 3.