Even if a person commits a tort, under certain circumstances, there are possibilities that the law may extinct it. Discharge of torts is different from the justification of torts. Justifications are exceptions and under some situations, the law justifies the wrong. In this article, we will look at the various grounds or basis of discharge or extinction of liability. 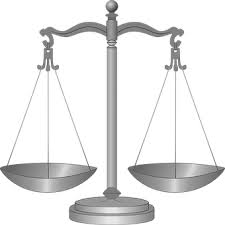 In the extinction of a tort,  the circumstances are such that the liability exists but its remedy does not. The meaning of discharge of tort or liability is reaching an end of the tort.  It is a process by which tort stops to exist and the wrongdoer is no longer liable.

Basis for Extinction of Liability

1. Death of the Parties

In case of death of a wrongdoer, the legal heir can ask damages from the defendant for tort against the property. It includes trespass,  nuisance, negligence, waste, fraud, etc.  But in case of personal tort, legal heirs cannot sue the defendant.

Personal torts are those torts, which affects the mind, and body of a person. It includes assault, battery, false imprisonment, defamation, etc. In case of personal tort legal heir of the wrong doer is not liable. But in some case of proprietary torts, legal heirs are liable.

Accord means an agreement in which a person agrees to accept some valuable consideration. It is generally in exchange for the right of action that he has against the other. Satisfaction states the actual payment of an amount of consideration.

The consideration can be in the form of money or compensation which is accepted by a wrong person or his legal heirs. It leads to the settlement of the case and they do not proceed to the court.

A release is the leaving or giving up the right of action which a person against another party. The aggrieved person gives up the entire claim or right which he has against the wrongdoer.  Such release must be voluntary and should not be obtained by coercion, compulsion or force.

The release should be in writing but it is valid even without consideration and in writing. A lease which is executed under mistake or ignorance is nil or invalid. A covenant not to sue one of the 2 tortfeasors does not function as a release so as to give up the other.

Solved Question on Extinction of Liability

Question: Explain ‘Judgement’ as a basis of extinction of liability.

Answer: If the matter is decided conclusively by the authoritative court then for the same cause of action among the same parties the matter cannot be agitated again and a further or fresh suit is stopped. This principle relies on the maxim of ‘res-judicata’ u/s 11 of civil procedure. Forever, 1908, means things once thought about cannot be regulated, more than one action does not lie on the same line of action. The doctrine of ‘Res-Judicata’ rests upon the principle that one should not be punished twice for the same work and there should be the conclusion of litigation. It also prevents a new investigation for the same case. A person cannot be harassed again and again in various proceedings for the same cause of action.