How Many Edges Does a Square Have? 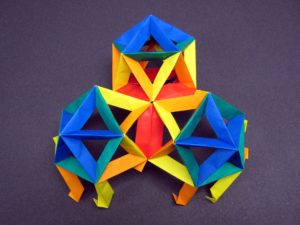 Besides, the diagonal of the square bisect each other at \(90^{\circ}\). In addition, the diagonal bisect the vertices angle into two equal halves. Also, it will tell you how many edges does a square have?

What is a Vertex?

Simply it is a point where two lines meet. In simple words, the vertex is any sort of the corner. Furthermore, every corner of every geometrical shape signifies a vertex. Furthermore, the angle is irrelevant to whether or not a corner is a vertex. Also, the diverse shape has a different number of vertices.

For example, a square has four corners where a pair of lines meet so it has four vertices, in the same way, a triangle has 3 corners so it has 3 vertices. Similarly, a pentagon has five vertices, a hexagon has 6 vertices, and so on.

How Many Edges Does a Square Have?

Edges refer to the lines that join together to form the vertices. Also, it is a shape made up of its edges. Moreover, any two vertices joined by a line create an edge. Besides, it can be confusing because in 2D shapes there will only be as many edges as there are vertices.

For example, a triangle has 3 edges and 3 vertices. Also, a square has 4 edges and 4 vertices. But it can be easily understood with the help of 3-D shapes. For example, a square pyramid has 5 vertices and 8 edges that join it together. Similarly, a cube has 12 edges and 8 vertices.

What are the Faces?

There is one other element of geometrical shape which is the face. Also, the face of any shape separated it from the surrounding space by a closed outline of the edges. For example, in a cube four edges and four vertices combine to make a square face.

Besides, the 3-D shapes are usually made up of multiple faces, with the exception of a sphere that has one continuous face. Also, a square pyramid has 5 faces (4 triangle faces and 1 square base), and in a cube, there are six faces our side-by-side faces and one upper and one lower face.

Question. How many vertices and edges does a cuboid have?

Answer. The correct answer is option B because a cuboid has 8 vertices and 12 edges.