Welcome. In this discussion, we will be looking at an important concept used in limits and calculus. We will discuss the concept of the Sandwich theorem. This theorem is quite simple to understand and has a lot of applications in calculus. It is used especially while using trigonometric functions.

A clear understanding of sandwich theorem will prove beneficial not just in calculus but in other concepts like binomial theorem as well. Students are expected to reach out to faculties in case of any doubts they may encounter while learning such concepts.

The sandwich theorem is also known as Squeeze theorem or Pinch theorem. This is used to extrapolate the value of a function at a point x by using two functions in the neighbourhood. There is also an interesting anecdote associated with the sandwich theorem.

It states that there are 2 policemen escorting a drunk. Both these policemen enter a cell, then, regardless of the fact that the drunk is wobbling, he must enter the cell too. This is exactly the way this theorem is used. Let us look at its statement. 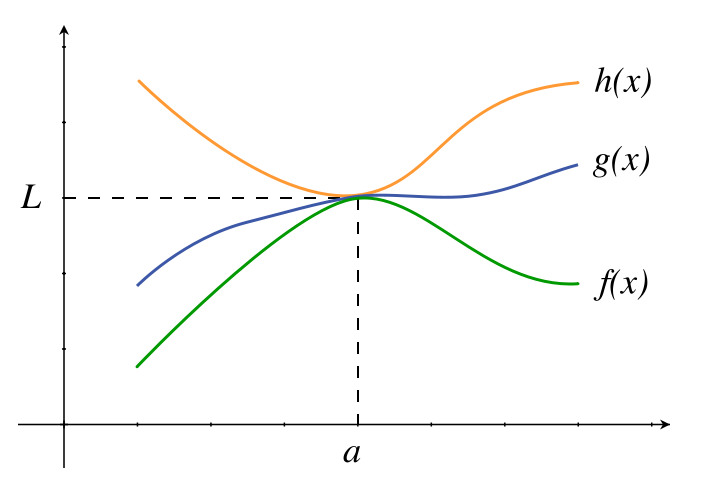 This is illustrated in the above diagram. Let us look at the proof using an example.

Question 2: What is a sandwich theorem in limits?

Question 3: What makes a function continuous?

Question 4: What is jump discontinuity?

Question 5: Why we need a sandwich theorem?

Answer: We use it in calculus and mathematical analysis. Normally, we use it to check the maximum of a function via comparison with two other functions whose limits are known or easily computed.

Share with friends
Previous
Fixed, Variable and Semi-Variable Cost
Next
Algebra of Derivative of Functions