Look around yourself. What do you see? Buildings, trees, books, tables, chairs, notebooks, sun, moon, stars, etc. Are they all same? Do they have the same shape? No, not all of them are alike. The shape of the sun is different from that of a book. The notebooks are of the same shape but different size. Today we will discuss the various shapes and the properties of these shapes.

What is shape? The literal meaning of shape is the external form of a thing or its appearance. A figure can be made of different types of shapes. Figures can be broadly classified as open or closed. Open figures are those which do not end where they start. The figures that start and end at the same point are closed figures.

Let us learn more about the closed figure.  The shapes are made of lines or line segments arranged in an organized manner. Every object around us has a definite shape. Shapes can be classified into curves (circles) and polygons.

A polygon is a simple closed figure with three or more than three line segments. Poly means “many”.

Let us discuss the types of polygons on the basis of the number of sides.

A polygon bounded by three line segments or sides is a triangle. The sum of the interior angle of a triangle is 180°. On the basis of equality of sides, triangles are of three types: 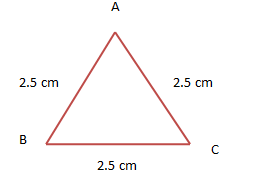 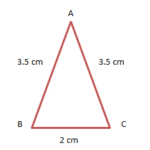 On the basis of the measure of angles, triangles are of following types: 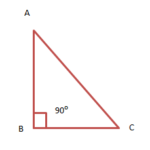 A closed figure bounded by four line segments is known as a quadrilateral. A quadrilateral has four sides, four vertices, and four angles. There are various types of the quadrilateral.

Properties of a Parallelogram:

A rectangle is a special case of a parallelogram. In a rectangle, each angle is of 90°.

Properties of a Rectangle:

A parallelogram with all sides of the same length and all the angles of 90° is a square. Properties of a Square:

A parallelogram in which all the four sides are equal in length is a rhombus. A square is a special type of rhombus. 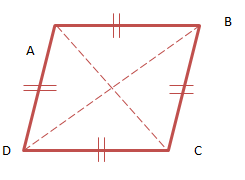 A quadrilateral in which only one pair of opposite sides is parallel is a trapezium. A quadrilateral in which two pairs of adjacent sides are equal is a kite. Its diagonals bisect each other at right angle. It is a five-sided polygon. The sum of the interior angles of a pentagon is 540°. ABCDE is a regular pentagon with all equal sides. A hexagon is a six-sided polygon. The sum of the angles is 720°. 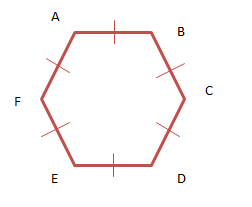 A polygon with seven sides is a heptagon. With 8 sides it is an octagon. A 9-sided polygon is a nonagon.

When a set of points is at the same distance from a fixed point the figure obtained is a circle. 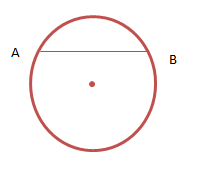 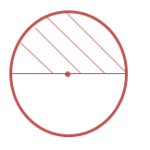 Problem: What is the name of a polygon with the smallest number of sides?
Solution: Triangle (with 3 sides).

Question: What are the basic geometric shapes?

Question: What is a 3 sided shape called?

Answer: A Warning Sign can be of different shape and size. Many road signs warn us to slow down our speed or to watch for hazards or special conditions ahead in the way. Mostly the warning signs are yellow in color and are diamond-shaped with black letters and symbols.

Question: What shape is a trapezoid?

Answer: A trapezoid is basically a shape that has 4 sides with a minimum of one set of parallel sides. It can have 2 parallel sides and can become a parallelogram as well. However, if 2 sides are not parallel, then it’s just a basic trapezoid.