You look up at the beautiful sky and see all the stars twinkling away. And the luminous moon with its dull glow. But did you know that stars don’t really twinkle, it’s actually an illusion? And the moon does not emit any light of its own, it only reflects light from the sun. Let us explore our galaxy and learn other such captivating facts about the moon and stars.

A galaxy is defined as a group of stars and dust bound together due to gravity. But this is an oversimplification. The Galaxy actually comprises of millions and millions of cosmic objects, other than moon and stars and is endless and enchanting. The galaxy that we are a part of is called the Milky Way. Viewed from earth the galaxy looks like a milky patch it the sky, thus earning it the name.

By a recent estimation, there are about 1011 galaxies in existence. And there are an estimated 1011 stars in every one of these galaxies. The closest galaxy to ours that we have discovered is the Andromeda Galaxy. It is some 2.5 million light-years away.

Browse more Topics Under Stars And The Solar System

We are all familiar with stars. We see them in the nighttime as these tiny little twinkling objects. But in actuality stars are these humongous balls of gases (generally hydrogen and helium) that are held together by their own gravity generated at the centre of the star. They emit their own light. Nuclear reactions happening at the core of the star support them against their own gravitational pull. The unit we use to measure the distance between earth and these stars is light-years. This is because measuring such huge distances in kilometres or miles can get tedious. A light year is simply the distance light travels in one year.

As I am sure you are aware, the sun is nothing but a medium-sized star in our galaxy. The only reason its appearance is different to that of other stars is because of its proximity to earth. It looks larger and brighter to other stars because it is closer to us. Its located only 150 million km away, and in cosmic terms that is significantly nearby. 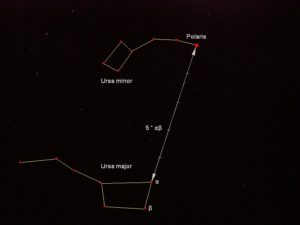 A group of stars forming a recognisable pattern or shape is called a constellation of stars. These are a group of connected stars that make unique shapes. Some of the most famous constellations in our Milky Way are

Why stars appear to twinkle?

The scientific name for this twinkling phenomenon is called stellar scintillation. As the light from these stars travels million and millions of light years, it travels in a straight line. However, once the light enters the earth’s atmosphere it bounces around in different directions due to air and its movements. So when we perceive this light the stars appear to be twinkling! 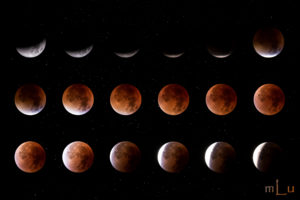 The moon is a natural satellite of earth. It revolves around the earth from west to east and completes one such revolution in about 29 ½ days. As we discussed earlier the moon does not generate any of its own light, It reflects the light of the sun.

As I am sure you are of the tides that occur in the seas and oceans i.e. high tides and low tides. The tides are cyclic in nature. But would you believe me if I told you that tides are caused by the moon? This is true. Tides are caused by the gravitational pull of the moon that causes oceans to bulge out in the direction of the moon. And the pull of the earth towards the moon causes the bulge occurring in the opposite direction. Hence we have 2 tides in a day.

Q: At which phase is the moon nearest to the sun?

Solution: The correct answer is option “a”. On the new moon day, the moon is on the same side of the earth as the sun with respect to the earth. No light from the moon reaches the earth and it becomes invisible. Its apparent colour that day is black, same as that of the night sky.