The angular velocity applies to the entire object that moves along a circular path. Also, in this topic, we will discover the definition, angular velocity formula its derivation and solved example.

Linear velocity applies to an object or particle that is moving in a straight line. Also, it refers to the rate of change of an object’s position with respect to time. Besides, its most common example is your car speed when you are driving down on the road. Moreover, the speedometer tells you your speed in kilometer per hour (km/h) and this is your linear velocity. 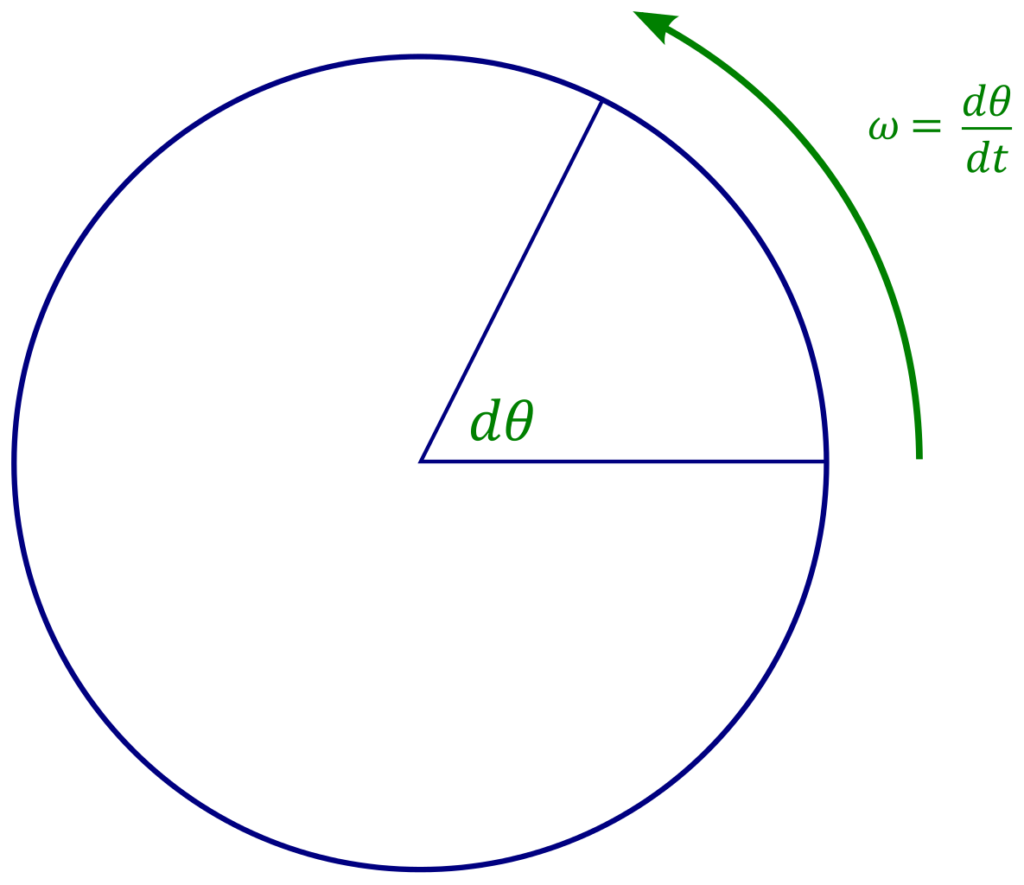 There are three formulas that we can use to find the angular velocity of an object.

This one comes from its definition. It is the rate of change of the position angle of an object with respect to time. So, in this way the formula is

Derivation of the formula

In the second method, we recognize that \(\theta\) (theta) is given in radians, and the definition of radian measure gives theta = s / r. Also, we can put theta in first angular velocity formula. This will give us

on further simplification we get

Now recall that s / t is linear velocity. Hence, we can rewrite it as

Suppose a race car is traveling in a circular path or track, and it travels 1 lap or $$2\pi$$ radians in 4 minutes. Then calculate the angular velocity of the car.

So, the angular velocity of the race car is pi / 2 radians per minute.

Now consider another race car traveling along a circular track at 110 kilometers per hour, and the radius of the track is 0.2 km. Now, find the angular velocity of the car.