Specific gravity is a concept that we all have seen but do not know its name. Also, the density of the object determines this factor. Moreover, in this topic we will discuss specific gravity, specific gravity formula and its derivation and solved examples. 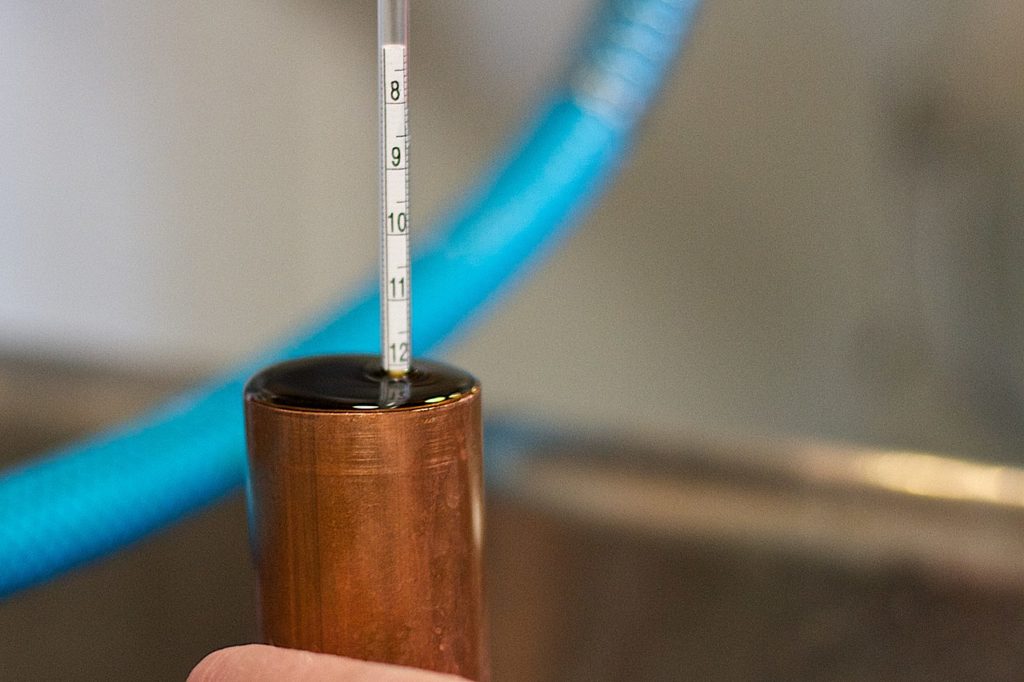 The density of the object refers to how heavy or compact the object is in the given volume. Also, we measure it in mass per unit volume. Furthermore, it is written as grams per cubic centimeter (\(g/cm^{3}\)), grams per millimeter (g/mL), or kilograms per liter (kg/L).

Most noteworthy, the specific gravity has no unit for measure because the numerator and the denominator of the formula are the same so they cancel each other out.

Derivation of the Specific Gravity Formula

Moreover, the mass of the object is also directly related to the density. In addition, the mass is measured in Newtons. Furthermore, we can also find specific gravity with the weight of the object and water

Most noteworthy, in all these formulas all the units are the same and they cancel each other out.

A liquid has a mass of 36 grams and the volume of the water (reference material) is 3 mL. Find the specific gravity of the object? Also, specify if the object will sink or float in the water? Besides, the density of the water is 1 g/mL.

Now, we know the density of both the elements that is the object and water. So, put the values in the specific gravity equation to know the answer.