Stars are the huge celestial bodies which are made up of the hydrogen and helium mostly. These are able to produce light and heat from the churning nuclear forces within their cores. Besides our sun as a star, the dots of light we can see in the sky. These all are all stars light-years from the Earth. These are the building blocks of the galaxies. Many of which are billions in number in the universe. It is actually impossible to know how many stars exist.

But astronomers estimate that in our Milky Way galaxy alone, there are approximately 300 billion. The life cycle of any star spreads in billions of years. As the general rule, the more massive the star, the shorter will be its life span. The structure of any star can often be thought of as the series of thin nested shells, similar to the onion. 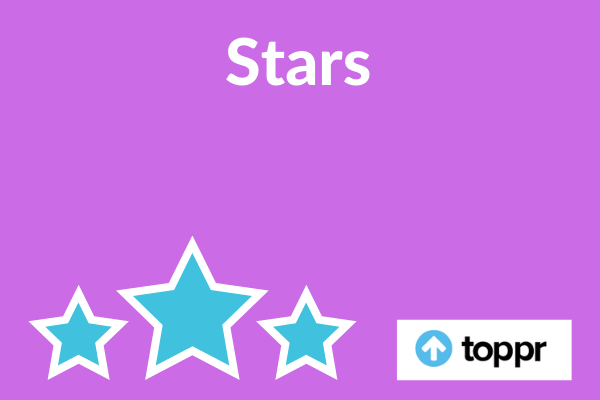 Born of the Star

The life cycle of a star spans billions of the years. Birth of star takes place inside the hydrogen-based dust clouds which are termed as nebulae. Over the course of the thousands of years, gravity causes the pockets of dense matter inside the nebula. It further collapses under their own weight. One of these contracting masses of the gas is popular as the protostar, which represents the star’s nascent phase. Due to the dust in the nebulae obscures them, protostars are very difficult for the astronomers to detect.

As the protostar gets smaller in the size, it spins faster due to the conservation of angular momentum. It also causes a spinning ice skater to accelerate when she pulls in her arms. Increasing pressure creates a rise in temperatures. During this time, the star enters into the relatively brief T Tauri phase.

After the millions of years, with very high core temperature, nuclear fusion begun. Igniting the core and then setting off the next was the longest stage of the star’s life. It is known as its main sequence. In our galaxy, many stars including the sun, are the main sequence stars. They exist in the stable state of the nuclear fusion, and converting the hydrogen to the helium and radiating the x-rays.

The star is developed from the giant, and slowly rotating the cloud of the hydrogen and helium. But, due to their gravitational pull, the cloud behind to collapse inward. Further, it shrinks and hence spins more and more quickly, with the outer parts becoming a disk while the innermost parts become a roughly spherical clump. Nuclear fusion converts a small amount of the mass of these atoms into the extraordinary amounts of energy.

Classification of stars is mainly done by their spectrum, which is known as the Morgan-Keenan or MK system. It has eight spectral classes, and each one is analogous to the range of surface temperatures i.e. from the hottest to the coldest. These are referred to as O, B, A, F, G, K, M and L. Each spectral class is also consisting of the 10 spectral types. These are ranging from the numeral 0 for the hottest to the numeral 9 for the coldest. Stars can also be classified with their luminosity under the Morgan-Keenan system. Complete MK designations are including the spectral type of the luminosity class like the sun is a G2V.

Ancient cultures have shown the heavens which resembled with the people, animals or some common objects. Constellations came for representing figures from old myth like such as Orion the Hunter, a hero in Greek mythology. Astronomers often use the constellations for the naming of stars. The International Astronomical Union is the world authority for assigning names to the celestial objects. Normally, the brightest star in the constellation has the “alpha,” the first letter of the Greek alphabet is the part of its scientific name. The second brightest star in the constellation is named as  “beta,” and the third brightest “gamma,” and so on.

Massive stars show this evolutionary path and instead go out with a bang. It was detonating as supernovae. Sometime they may appear to be swelling red giants from the outside. But, their cores are actually contracting, and finally becoming so dense that they collapse. Then it causing the star to explode. These catastrophic bursts left behind a small core which may become a neutron star. Even sometimes the remnant is massive enough as a black hole.

Because certain supernovae have a predictable pattern of destruction and resulting luminosity, astronomers are able to use them as “standard candles,” or astronomical measuring tools. These are to help them to measure distances in the universe.

Solution: During the ancient cultures looked at the sky for all sorts of the reasons. By identifying different configurations of the stars. These are known as the constellations and tracking their movements. Further, they could also follow the seasons for farming as well as the chart courses across the seas. There are many such constellations found. These are named for mythical figures, like the Cassiopeia and the Orion the Hunter. Others are being named for the animals they resemble like Ursa Minor (Little Bear) and Canus Major (Big Dog).

Q.2: How are the astronomers calculating the distance between the stars?

Solution: Astronomers had developed the two main methods for determining the distance of a star. The first is known as the parallax using the triangulation. Astronomers are also observing the position of the star on one day from one position, and again six months later from another position. They can see the angle formed between the star with the Sun. Since the diameter of the Earth’s orbit around the Sun is 300 million km. So, with this, and taking the help of trigonometry they calculated the distance. This technique works for the stars being in the range of about 400 light-years from Earth. Another method is to relate to the brightness of the stars.

Q.3: Mention the significance of the Polaris for stars?

Solution: Today astronomers use the constellations as their guideposts for naming newly discovered stars. Constellations also continue to serve as the navigational tools. In the Southern Hemisphere, the famous Southern Cross constellation is useful as the orientation point Also, people in the north may rely on the Polaris, or the North Star, for their direction. Polaris is the part of the well-known constellation Ursa Minor and it includes the famous star pattern known as the Little Dipper.

Q.4: What are the different colour ranges of the stars?

Solution: Stars come in the range of different colours, from reddish to yellowish to blue. The colour of the star is mainly depending on its surface temperature. A star might appear to have a single colour, but it emits the broad spectrum of colours. Mainly it is including everything from the radio waves and infrared rays to the ultraviolet beams and gamma rays. Actually different elements or compounds absorb and emit the different colours of light. And by doing a study of the star’s spectrum, one can divine what its composition might be.