The bond order is something that pairs two atoms with their atoms. Furthermore, finding the bond of an atom is not difficult if you know the electron and shell of electrons.

Bond order is an atomic level phenomenon, in which the elements share their electrons to fill their valance shell. Also, it can bond two or more substance together in a compound. 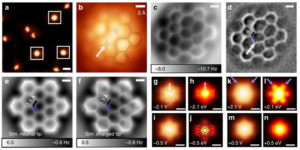 Antibonding Electrons- According to the molecular orbital theory, Bond order is half of the difference between bonding and anti-bonding electrons.

Suppose in the shell of a hydrogen atom can hold 2 electrons but there is only 1 electron. Also, when 2 hydrogen atom come together they share their electrons to complete each other’s y shell.

This form the common molecule H2 or hydrogen gas.

Moreover, the electrons move in orbital around the nucleus of the atom and each orbital can hold up to 2 electrons. Most noteworthy, depending on the complexity and size of the atom and can have up to four orbitals.

Also, when the first orbital fills up then the atoms move to next orbital until the shell is full. For understanding this draws a diagram and take an example like; use – for a single bond, = for a double bond, and ≡ for a triple bond.

Also, use the elements Hydrogen (H) and Chlorine (Cl). Now mark the number covalent shell in the molecules.

Draw a diagram of electron orbital shell of the element and draw each orbital further from the centre (nucleus). Furthermore, according to entropy property, the electrons will seek to populate the lowest orbital shell available.

Besides, know the difference between anti-bonding and bonding orbitals. When the two atoms come together to form a molecule, they try to seek each other electrons to fill the lowest possible state of their electron orbital shell.

Question. How many electrons are there in the outer shell of Sulphur?