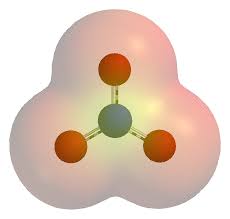 Polyatomic ions are covalently bonded groups of atoms and having a positive or negative charge caused by the formation of an ionic bond with another ion. Compounds formed from such a combination of ions are polyatomic ionic compounds.

But the polyatomic ion will behave as a single unit. In addition, polyatomic ions and those ionic compounds take part in chemical reactions such as acid-base, precipitation, and displacement similar to monatomic metallic ions.

They easily dissolve in water and conduct electricity and dissociate in a solution similar to other ions. Whereas they behave externally like monatomic ions, but their internal structure is more complicated. This is because there are two or more atoms present in the polyatomic ion.

Many common chemicals are polyatomic compounds with polyatomic ions. For example, sulfuric acid H2SO4 contains H+ and the polyatomic SO4-2.

In sulfuric acid, the sulfate forms ionic bonds with the hydrogen atoms that donate an electron each to become hydrogen ions, H+. The sulfate receives the two electrons to become SO4-2.

Nitrogen has five electrons in its outermost shell, and it can have eight. When it shares electrons covalently with four hydrogen atoms. Then four electrons are available from the hydrogen or one more than needed.

When ammonium forms an ionic bond with an OH the extra electron transfers to complete the outermost shell of the OH. It needs two electrons but has only one from the OH hydrogen atom. The electron from the NH4 transfers to the OH creating an OH– ion and an NH4+ ion.

Many of the polyatomic ions have an electrical charge of -1.

Polyatomic ions with a -2 charge are also common.

However, other polyatomic ions form with the -3 charge, but the borate and phosphate ions are the ones to memorize.

Q. How many protons and electrons are in a hydroxide ion?