Avogadro’s number, also known as the Avogadro’s constant, refers to the number of particles that exist in one mole of any substance. Furthermore, it is the number of atoms that are found to be existing in exactly 12 grams of carbon-12. Moreover, this value is experimentally determined and it turns out to be approximately 6.0221 x 1023 particles per mole.

In the field of chemistry and physics, Avogadro’s number usually gives us the number of ions, molecules, or atoms. However, its application can take place to any particle.

Take for example; 6.02 x 1023 elephants are the number of elephants existing in one mole of them. Obviously, ions, molecules, and atoms are extremely smaller in size than elephants. Consequently, there is a requirement of a large number to properly express the uniform quantity of them so as to facilitate their comparison relative to each other in chemical reactions and equations. 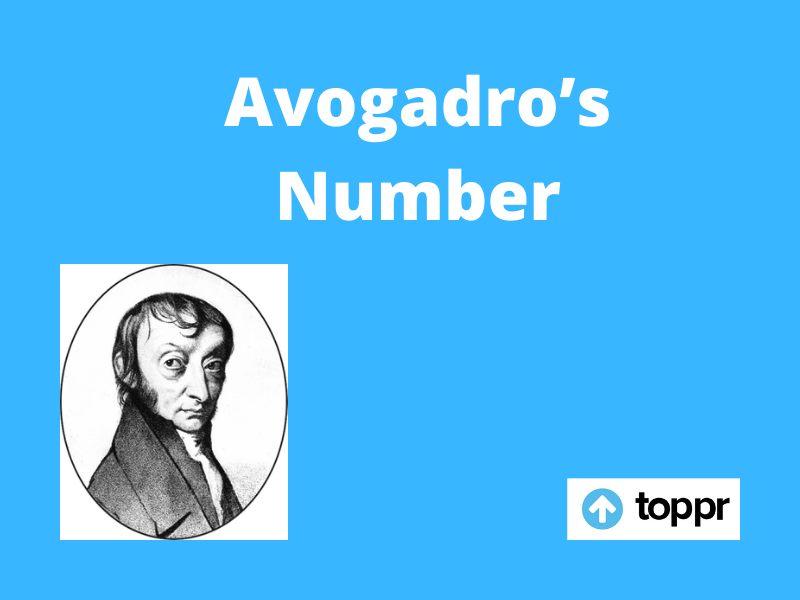 How Do We Measure Avogadro’s Number?

Obtain two copper electrodes and immerse it in 6 M HNO3 in a fume hood for 2-3 seconds. Rinse the electrode and then dip the electrode into an alcohol beaker of alcohol. Afterwards, put the electrode onto a paper towel weigh it the nearest 0.0001 gram on an analytical balance.

Below is an explanation of the way to measure the Avogadro’s formula on the basis of the above experiment.

Furthermore, the Current(average) is 0.601 amperes (amp)

Time of electrolysis is 1802 seconds (s)

Determine the number of copper atoms that are lost via the anode.

Students must understand that the electrolysis process consumes two electrons per copper ion formed. Therefore, the formation of the number of copper (II) ions that takes place is half the number of electrons.

The numbers of atoms required are such that the number of grams of a substance turns out to be equal to the substance’s atomic mass.

Derivation of The Formula of Avogadro’s Number

For the first time, this became possible when American physicist Robert Millikan carried out the measurement of the charge on an electron. Furthermore, the charge on a mole of electrons is referred to as the Faraday and it has been known for some time.

According to the National Institute of Standards and Technology (NIST), the best estimate of the value of a Faraday is 96,485.3383 coulombs per mole of electrons. Moreover, the best estimate of an electron’s charge on the basis of modern experiments is 1.60217653 x 10-19 coulombs per electron. In case the division of the charge on a mole of electrons takes place by the charge on a single electron, the result would be the value of Avogadro’s number of 6.02214154 x 1023 particles per mole.

There is another approach to determining Avogadro’s number. This approach starts with careful measurements, on the macroscopic scale, of the density of an ultrapure sample of a material.

On the atomic scale, the measurement of the density of this material takes place by using x-ray diffraction techniques. This would determine the number of atoms per unit cell that exist in the crystal. It would also determine the distance between the equivalent points, which play a vital role in defining the unit cell.

Questions 1: Write the full Avogadro’s number and explain what is meant by it?

Question 2: Explain what is meant by a mole?

Answer 2: A mole refers to an Avogadro’s number of a substance. For example, a mole of carbon-12 atoms happens to be 12 grams.