Diffraction refers to the spreading out of waves when their passing takes place through an aperture. In case the size of the obstacle or aperture is of similar linear dimensions to the incident wave’s wavelength, then its occurrence would be significant. Furthermore, it takes place when the travelling wavelength’s part gets obscured.

Interference refers to the phenomenon that takes place due to the meeting of the two waves takes as they travel along with the same medium. Furthermore, the interference causes the medium to take a particular shape. Moreover, this shape is due to the net effect of two individual waves on the medium’s particles.

Difference between Diffraction and Interference 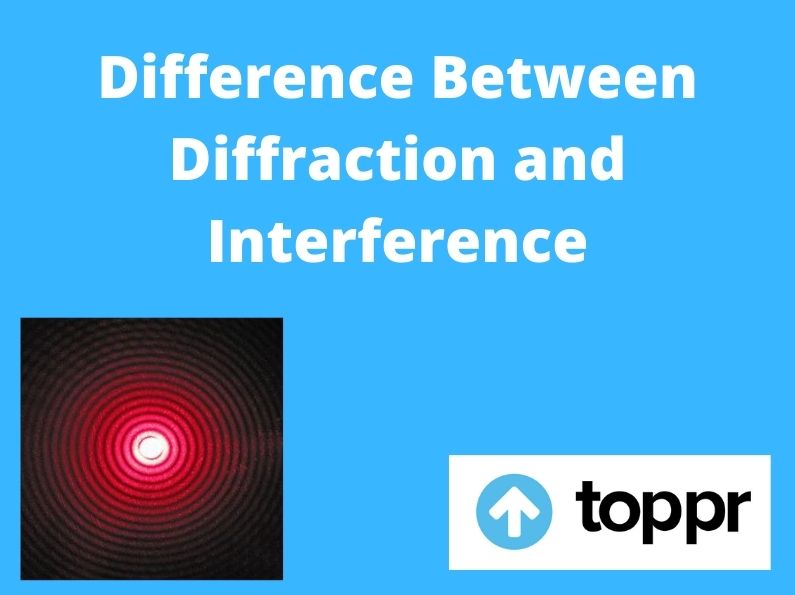 Important difference between diffraction and interference

An important answer will be to the question- what is diffraction? Well, it is certainly the phenomenon of light wave spreading when its passing takes place through a small gap or slit. Also, the wavelength should be comparable with all the slit’s dimensions.

An important fact to understand is that light wave does not bend at the edges. This is certainly similar to the case of the large opening. Also, the bending is significantly noticeable in the case of opening that is smaller.

When we take into consideration the very small dimension of the slit, the opening will tend to act as a separate source. Consequently, the spreading of the wave will take place over the entire surface or material after the slit.

Also, two waves that are coherent in nature will always superpose each other whenever their crossing takes place. Therefore, the superposition of the waves provides the algebraic addition of the existing disturbances because of the presence of separate waves.

FAQs about Diffraction and Interference

Question 1: Explain a major difference between diffraction and interference?

Question 3: Explain the wave propagation direction of diffraction and interference?