Transverse wave refers to a wave in which the displacement of the particle is to the wave propagation’s direction. Furthermore, the characterization of the transverse wave is by wave motion being perpendicular to particle motion. Moreover, transverse waves need a relatively rigid medium for the purpose of transmitting their energy.

Difference between Longitudinal and Transverse Wave 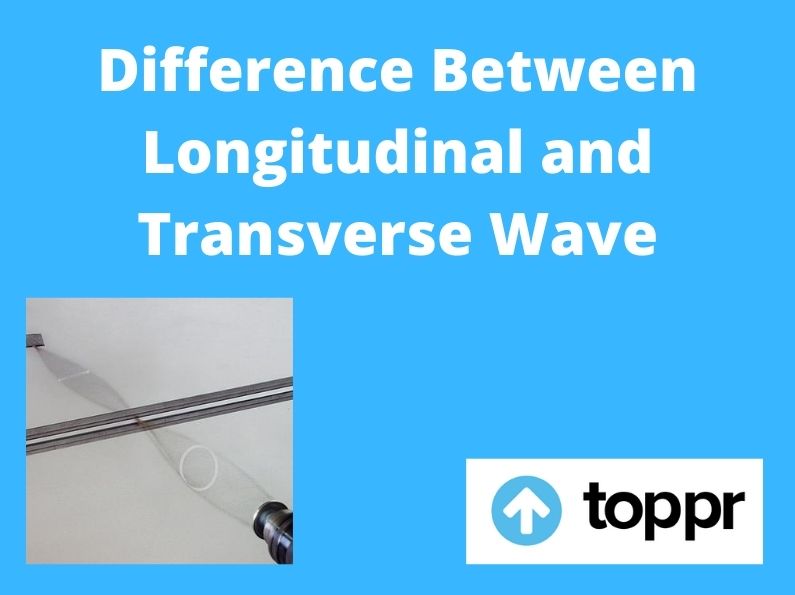 The important difference between longitudinal and transverse wave

In the longitudinal wave, the medium’s displacement is certainly parallel to the wave’s propagation. Furthermore, a wave along the length of a stretched Slinky toy is certainly a good visualization. Moreover, contrast it with the standing wave along a transverse like a string of an oscillating guitar.

Transverse wave refers to a moving wave whose oscillations are perpendicular to the path of propagation. Furthermore, a good example of such a wave is the wave whose creation takes place on the membrane of a drum. Moreover, the propagation of the waves takes place in directions that are parallel to the plane of the membrane.

The common occurrence of transverse waves happens in elastic solids. Also, the oscillations in such a case result in the displacement of the solid particles away from their position of relaxation, in the direction that is perpendicular to the wave’s propagation Moreover, a transverse wave of such a nature is known as a shear wave. In seismology, shear waves are also called S-waves or secondary waves.

FAQs about Longitudinal and Transverse Wave

Question 1: Explain one difference between longitudinal and transverse wave?

Question 2: How does the production of sound waves happen?

Answer: The production of sound waves happens due to factors like particle velocity, the particle of displacement, and vibrations in pressure.