Often we use the terms speed and velocity interchangeably without realizing it is wrong to do so. There is a difference between speed and velocity which everyone must know. In fact, it is also a common question asked in many exams. When we describe the motion of objects regarding distance, time and direction, we use these two terms. Thus, they carry different meanings. In other words, speed refers to the time rate at which an object moves along a path whereas the rate and direction of that object’s movement will be velocity. Let’s learn more about how they are different.

To help evaluate the difference between speed and velocity, we need to understand their definition. Speed is the amount of distance an object covers over a specific period of time, irrespective of the direction it is travelling in. Thus, lack of directional component means it is a scalar quantity. In order to calculate the average speed, take the total distance travelled and divide it by the total time needed to travel that distance.

As we discussed before that speed is a scalar quantity thus it’s got a corresponding vector quantity which combines how fast the object travels and its direction. So, this vector quantity refers to as velocity. In other words, we define it as the rate at which the object is changing its position. It is important to note that a change in position from its starting point to its endpoint is its displacement. What matters here is the direct distance from the starting point to the finish point and not the precise route. So, to find out the average velocity, you need to multiply displacement by time.

Difference between Speed and Velocity 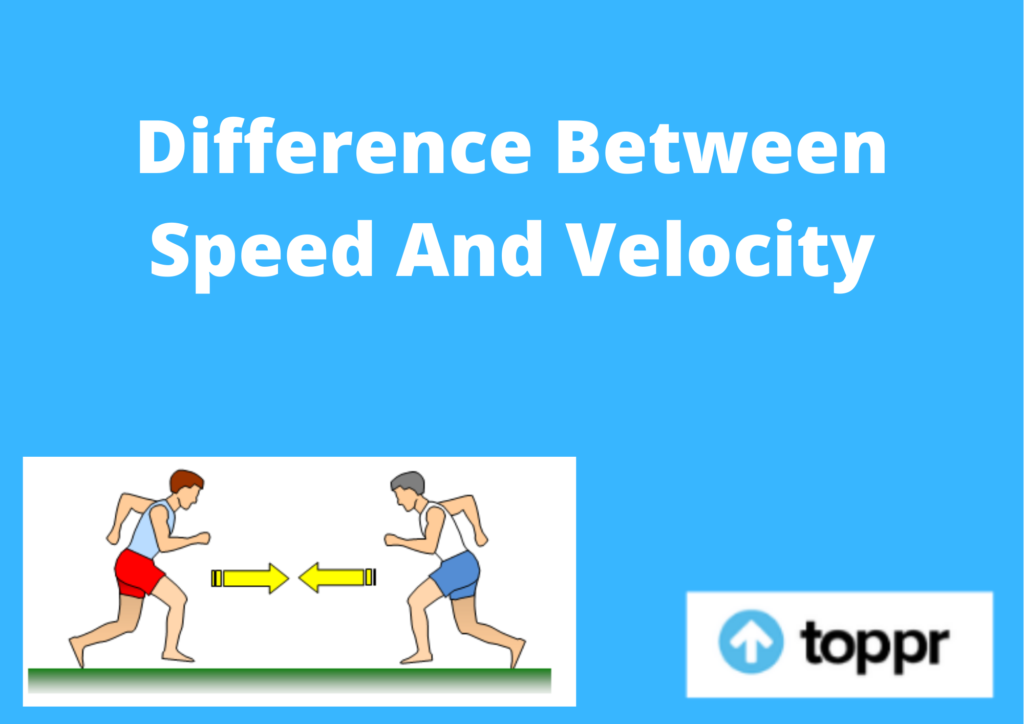 Importance Difference between Speed and Velocity

A car’s speedometer can help you determine the difference between speed and velocity. If the speed limit is 45 miles per hour, it will read 45 miles per hour. Thus, if you drive for 45 miles, you will take an hour. The road turns, the shape does not matter, only the ground covered.

When you measure the velocity of anything, remember to mention the direction explicitly. For instance, if your car is travelling rapidly and it returns to its initial position, the velocity will be zero.

That is because the car returns to its original position and motion does not change the position. Velocity can be uniform or non-uniform and may change with the change in speed or direction or even both.

FAQs about Speed and Velocity

Question 1: State the difference between speed and velocity in terms of quantity.

Answer 1: Speed is scalar quantity whereas velocity is a vector quantity.

Question 2: What do speed and velocity determine?

Answer 2: Speed determines how fast something is moving whereas velocity determines in which direction it is moving.