There are three kinds of the north. They are True north, Grid north, and Magnetic north. The American practical navigator, Nathaniel Bowditch defines the magnetic declination as the angle between the magnetic and geographical meridians at any place which we express in degrees and minutes east or west to specify the direction of magnetic north from true north. 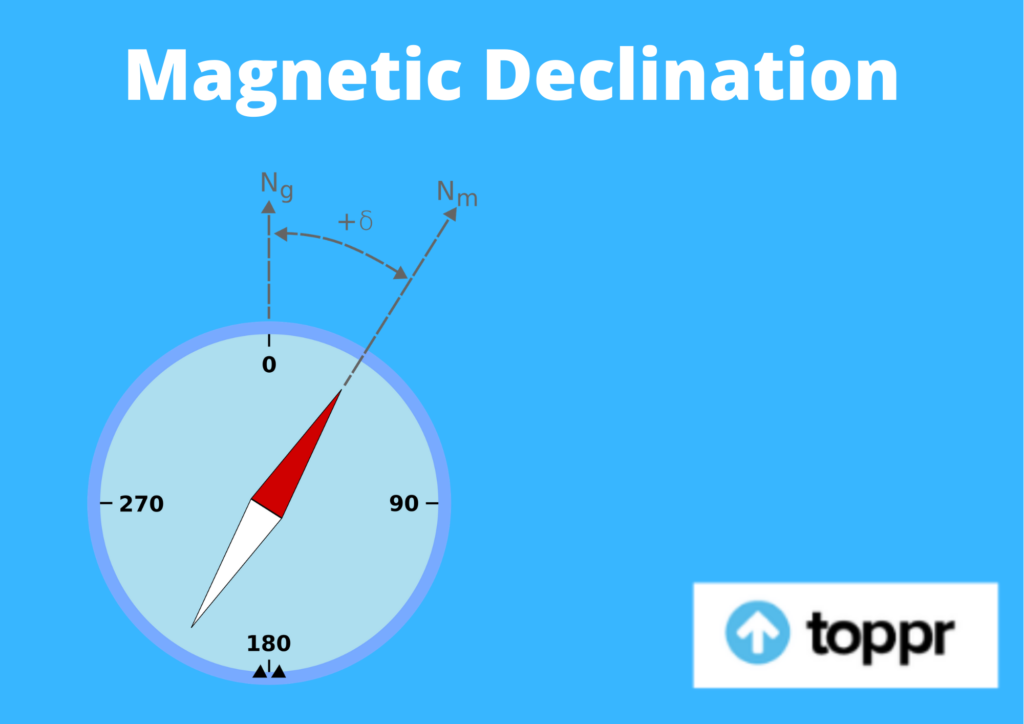 Magnetic declination is the angle between magnetic north and true north on the horizontal plane. It is not continuous and keeps changing as per the position on the surface and time of the earth.

Grid north is the direction which is in northwards along the grid lines on a map projection. We use this term for navigation and the deviation of the grid north from the true north is very less.

How to Calculate Magnetic Declination?

We can use the following ways to calculate the magnetic declination:

A magnetic declination chart is a map which has the magnetic fields of the earth available on it.

There are three kinds of bearing which are true, magnetic, and compass bearing. We use a compass for calculating the declination as it is one of the errors of the compass and the other is magnetic variation. These three are related by:

To calculate compass bearing from true bearing, we use:

Thus, always remember when checking for north direction using a compass, the needle is actually pointing towards the magnetic north of the earth and not the true north.

Question 1: What Is Grid North?

Answer 1: Grid north is referred to as the direction which is in northwards along the grid lines on a map projection. We use this term for navigation and the deviation of the grid north from the true north is very less.

Question 2: What Is Magnetic Dip?

Answer 2: The magnetic dip is the angle made with the horizontal by the magnetic field lines of the earth. We also refer to it as the dip angle or magnetic inclination. Georg Hartmann discovered it in the year 1544.