Have you ever thought of how the electricity in your house is produced or how is the fire on the stove lit up? If no, in this article, you will study in detail the various sources of energy. But before discussing the various sources, let us first discuss what energy is. 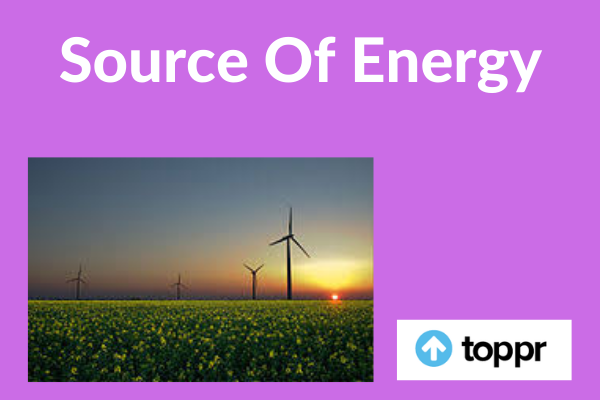 The potential energy of a system is a result of its position. Sound energy is obtained from vibrations or sound. One more fact to remember is that energy only changes forms. For example when we burn fuel inside a bike or a car, then the oil burns which means that the chemical energy of the fuel gets converted into heat energy which in turn, converted into mechanical power and that turns the wheels of the vehicle. There are various sources of energy.

Consumption of energy is a huge part of our day to day living. We eat with energy, we travel with energy, we work with energy and many more. This makes the availability of energy very necessary for humans. The use of renewable energy sources is on the high.

Advantages and Disadvantages of Renewable Energy

There is no doubt that renewable energy has proved to be a boon for humans in the last 30 years but still, some of the renewable sources of energy have the following drawbacks as well. They are as follows-

To reach the world energy objective, and help save the environment its indispensable to accelerate the transition to renewable energies.

These sources of energy are those which cannot be renewed or replenished in nature, which means once it is used up or exhausted, it cannot be generated back. Coal, petroleum, natural gas, and uranium are all examples of non-renewable energy. These sources are often in use to generate electricity, fuel vehicles, and manufacture products. The majority of these sources are fossil fuels.

Fossil fuels are generated from the remains of creatures (plants and animals) that died millions of years ago. When these dead plants and animals sank to the bottom of the sea or ocean creating a layer of organic material. They were buried by sediments and sand which over millions of years under pressure and other atmospheric conditions got converted into fossil fuels. The pressure and heat chemically change the mixture into hydrocarbons.

We have been using these fossil fuels to power our vehicles, generate electricity heat our homes, etc. Some fossil fuels we use are propane, coal, petroleum, and natural gas.

Advantages and Disadvantages of Non-Renewable Energy

Petroleum, on the other hand, has similar advantages and disadvantages as well. Petroleum is transported from one continent to another with the help of large crude oil carriers. These huge merchant ships use heavy fuel oil to power themselves which is again a source of energy.

Last but not least is Natural Gas. This source of energy also has the same set of advantages and drawbacks.

The burning of these sources of energy has increased the number of greenhouse gases in the environment which has increased the temperature of the planet. This has led to Global Warming and also the creation of a hole in the ozone layer.

Apart from the sources explained above, energy sources can also be classified as conventional and non-conventional sources of energy as well.

FAQs about Sources of Energy

Q.1. What are hydrocarbons?

Answer. Hydrocarbons are chemical compounds comprising hydrogen and carbon. Oil and gas products are all hydrocarbons.

Q.2. What is a thermal power plant?

Answer. The thermal power plant is a type of power plant in which electricity is generated by burning up a fossil fuel say for example coal. The burning of coal releases heat which is used to heat water and convert it into steam. This high-pressure steam is made to run over the blades of a turbine which in turn generates electricity.

Q.3. Which compound is useful in the LPG that we use in our homes?

Q.4. What is the meaning of heavy fuel oil?

Answer. When crude oil is processed and various products are carved out of it, the left of the material is called heavy fuel oil. This is very cheap and that is the reason why it is useful to power the requirement of the huge merchant marine vessels. It is also known as marine diesel oil.