Thunderstorms, lightning, cyclones, and earthquakes are few natural phenomena that can cause a large-scale destruction of life and property. We can predict them to a certain extent but not perfectly. While lightning can be explained by using the concept of production of electric charge by rubbing, earthquakes are caused by a disturbance deep inside the earth’s crust. Let’s try to understand lightning and earthquakes a little better. 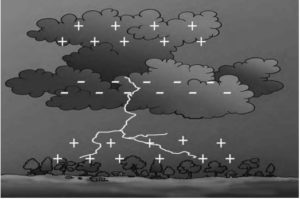 As these charges accumulate, it reaches a stage where it is impossible for air (a poor conductor of electricity) to resist the attraction between the positive and negative charges. When these charges meet, they create streaks of light and loud sounds. The charge gets discharged. This discharge can occur between two clouds or between clouds and earth. This causes lightning.

Some Dos and Don’ts during a Thunderstorm or Lightning

Chances are that you will be caught in a lightning storm at least once in your life. Well, the following points might save your life:

Earthquake is the sudden shaking or trembling of the earth for a short time caused by disturbance deep inside the earth’s crust. Have you ever wondered what causes earthquakes? Let’s understand the structure of earth before looking at the reasons behind earthquakes. Internally, the earth is made up of four layers, the crust, mantle, outer core and inner core. 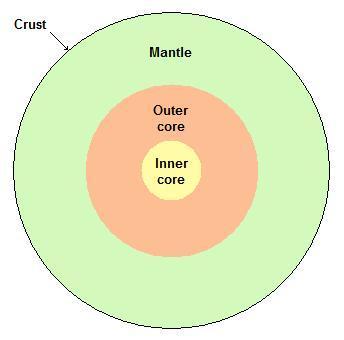 The Crust is not a single piece covering the inner layers. It is fragmented into smaller plates. These plates are in continuous motion. Every time they collide with each other or go above/ below the other, a disturbance is felt in the crust. This is an Earthquake. 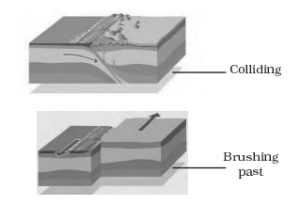 However, we are yet to understand how and when these plates collide or brush against one another. Hence, predicting an earthquake is currently not possible. Sometimes, we also experience earthquakes after a volcanic eruption or an underground nuclear explosion.

The areas where these plates meet are more prone to an earthquake than the others. These weak zones are called the Seismic or Fault Zones. The Earthquake zones in India are as follows: 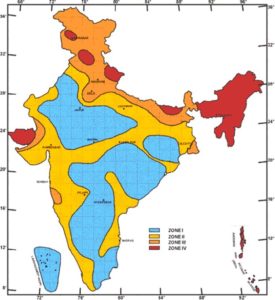 Some precautions and tips to help during earthquakes

Since earthquakes cannot be predicted accurately, it better to be prepared for it especially for people living in the earthquake-prone zones. Here are some tips:

If you find yourself in the middle of an earthquake, here are some tips to follow:

Q: The weak zones around the boundaries of plates underneath Earth, which are prone to slide and cause earthquake are commonly known as:

Solution: A) As we saw, the surface of the earth is divided into various fractured plates. The boundaries of these plates are most prone to sliding and causing earthquakes. These regions are called the fault zones.

Share with friends
Previous
Introduction to Charges
Next
Some Natural Phenomena