Coding and Decoding form an important part of the quantitative analysis section. In the following section, we will see examples of various forms of coding. We will see the letter-letter coding, the Number Coding, Symbol Coding, Number-Letter mixed coding. We will introduce techniques and tricks that will help you solve any question within a minute. The section has problems for practice at the end of the section. Let us begin!

The coding questions will provide you with some information that is in code form. This information can be decoded using the key that is present either within the question or within the options. Here we will start with the first type or the letter coding. Let us begin!

This is the code that is derived on the basis of alphabets. usually, the position of alphabets is used. For example, let us see the following question.

Example 1: In some language, “EXAM” is coded as “FYBN”. In the same language, how will we code  “RESULT”?

Answer: The first step is to detect the code. For that, we need to focus on the word EXAM. The first letter E in code is F, similarly the code for X is Y, for A it is B and for M it is N. Thus we see that in this language the alphabet is shifted to one step to the front. Thus the code for R will be S and hence the correct option here is A) SFTVMU. 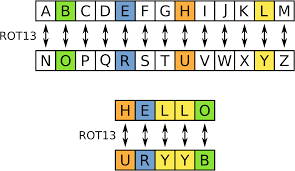 Answer: To solve codes like these remember the order of the numbers may be anything. For example, in “Delhi is capital” and “Delhi is beautiful”, we can see that the words “Delhi is” are common and thus we can see that capital is 9 and beautiful is 6. Therefore the correct option here is D) 6.

Q: What is the code for “Patna is beautiful “?

Answer: Let us see if we can figure it out word for word. We already know that the code for beautiful is 6. From the code  “Delhi is beautiful” as “6 7 5” we see that “is” may be represented by 7 or 5. If we take a look at the code “Delhi is capital” which is present as “7 5 9”, we notice that we can’t get the code for “is” as the data is not sufficient. So the correct option is E) Data Insufficient.

In the symbol coding, we use the symbols like “[email protected]#$%^&*()_”, to represent words or letters. These codes are then used to determine a code for the words that are written down. Let us see an example.

Answer: To solve these types of questions, a table may come in handy. Check for the two sentences that have the most number of similar words. Let us put all the terms in the table and see if we can get the correct answer or not. Let us see what “to” is coded as:

The two have ony one code in common. This means that the relation can’t be determined. Thus the option is E) Data insufficient.

Example 5: In a certain code, we write the word “SUSHI” as “RTRGH”. How ill you write the sentence ” Who are you” in it?

Answer: The letter before S is T and this is the rule for the code here. A letter that comes just before the one in the given word is the code. So the sentence ” Who are you” will be coded as “Vgn zqd xnt”. The correct option is thus A) Vgn zqd xnt.

In a certain code, the following language is used:

Q 2: The codes “Rk Mk Nk” may represent which of the following?
A) Challenging good bad
B) World economy bad
C) World looking challenge
D) Good with now
E) None of these