A number series is a grouping of numbers that follow a certain logic or a mathematical formula. In IBPS PO, SO, SBI Clerk, SBI SO exams the questions on Wrong Number Series are very frequent. They are mostly present in the quantitative section and have a few types of questions. Here we will discuss all kinds of number series questions that can fall under the section on Quantitative Aptitude. Let us begin!

A number series is a string of numbers that are connected with the help of a discrete rule. By this, we mean that in a number series, you will see a few numbers all of whom can be calculated if you know the rule. For example, consider the following series or string of numbers: 5, 10, 15… If someone asks you to guess the 90 th number of the series, will you be able to do it? Of course, you will be. Each number in the series is a multiple of 5, beginning with 5 itself. The second number is 5 × 2 = 10. Similarly, the third number is got by multiplying 5 by 3 = 15 and so on.

Now the question becomes very easy, once you have predicted the rule it becomes easy to predict every number that can fall in the series. So the 90 th number in the above series is 5 times 90 = 450. That is how powerful the mathematics of series is. The most crucial step is to detect the rule under which the series has been formed. Let us move to see some solved examples and various kinds of questions that can be asked in the IBPS, SBI and other exams. 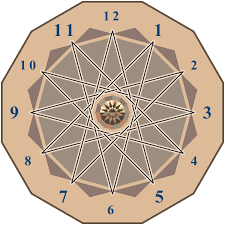 In each of these questions, a number series is given. In each series only one number is wrong. Find out the wrong number:

Answer: As we know, the most crucial step towards solving such type of questions is to guess the rule with which the series has been put together. The first two terms don’t seem to be of much help. Remeber either of these could be wrong, so to guess the rule of the series you have to always consider more than two terms (in case there are four). In other words, more than half the number of terms that have been given must satisfy the rule that you come up with.

If you check carefully, you will see that the rule in the above example is (2n2 + 1) where n starts from 1 i.e. the term number. Hence the term that doesn’t comply with this rule is the last term which should be equal to 33 and not 32. therefore, the correct answer is D) 32.

A) The third term.

Answer: The answer is D) None. you don’t even need to calculate the terms. you can just guess it based on the formula that has been given. As you can see from the formula the numerator is always less than the denominator. in which case the numbers that we can generate from the given rule will always be less than 1. In fact, there will be no number that is greater than 1 and thus no number that is greater than 2 also. Hence the answer is D) None.

Answer: In such questions what you can do is pick the easiest term (3/2 here) and check each option for it. In many cases it might eliminate all the wrong choices, in other terms, you will still save a lot of time. Since all the options contain square terms, it will be easier to check them with 2 or 3 and such. You should immediately, figure out that the only option that works for the given series is A) n/2 + 1.

Q 1: In the following, a number series is given. In the series only one number is wrong. Find out the wrong number: