Let us say that we have a group of four students. We label one of the students as ‘a’, the others as ‘b’, ‘c’ and ‘d’ respectively. How many ways can you select a group of two out of these four people? Let us see how to utilise the concept of combinations to make the process of counting selections easier. Here say we may have the following selections of sets: {a, b} , {b, c}, { c, d} … But writing or counting the number of selections of combinations like this will be impossible as the number of parent group gets larger and larger. There must be an easier way! 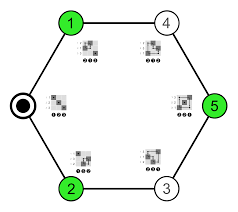 Some Examples Of The Number Of Combinations

Let us see some solved examples that will make us familiar with the formula and the concept of counting the number of selections.

Example 2: In how many ways can you select a four-letter word in the English alphabet?

Let us add to the example a bit. What is the total number of four-letter words that can be formed from the English alphabet? Will it be equal to  26C4? The answer is no. This is obvious once you notice that when we are performing selections, the order doesn’t matter. For example, if you select A and then B, it is equivalent to selecting B and then A. So we say that for “selections” order of the selection is immaterial. But when you are forming words the order becomes important. This is the number of arrangements or the number of permutations. They are always greater than the number of combinations. Let us see more examples!

Example 3: A committee of 5 people is to be chosen from a group of 6 men and 4 women. How many committees are possible if there are to be 3 men and 2 women in each committee?

Q 2: In a hand of poker, 5 cards are dealt from a regular pack of 52 cards. In how many of these hands are there exactly 4 Kings?

Share with friends
Previous
Permutations
Next
Colonialism and the City

How to Learn Factorial notation