Body movement is something that gets polished as we grow in age. In our childhood, we tend to start with basic movements such as rolling, crawling and eventually walking. But have you actually decoded, how this actually happens? What are all body parts involved? In this article, we will try to learn the exact movement meaning and its various versions experienced in different living creatures.

For any object, a change in the position is termed as a movement. In our human body, it takes place when there is any motion of a particular or a combination of body parts. In addition, we can term locomotion as the movement which results in the change of position of the whole organism. 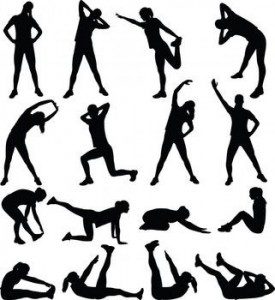 There are a variety of movements which happen in the human body, for example, the movement of eyelids, heart muscles, jaw and teeth. Further, movement of arms and legs, head as well as neck are also counted. Interestingly, movement of some organs occurs because of the collaboration of muscles and bones. In these cases, it happens along a point at which two or more bones encounter.

For any organism including humans, the point of meeting for two or more bones is called as a joint. For example, ligaments connect a bone to another bone; whereas, tendons hold a bone to a muscle. Here are the types of joints:

Movement in Other Organisms

The body of an earthworm is made of many rings which are connected end to end. There aren’t any bones in the body. Moreover, the muscles are the prime reason that causes outspread and shortens actions.

Moreover, the earthworm’s body discharges a slimy substance which helps in movement. Furthermore, it holds a large number of tiny bristles that project outwards. Each of these bristles is connected to the muscles for helping in managing a good grip on the ground.

Snails carry a rounded structure over its back. The shell, as well as the outer skeleton of a snail, aren’t made of bones. It can be counted as a single unit and have no part in the overall movement of the body. Snails access movement with the help of a muscular foot.

For a bird, the presence of light bones and strong muscles work together in order to develop movements that lead to flying action. A bird flies by flapping its wings.

It should be noted that the tail and head of a fish is usually smaller as compared to the middle portion. Such a body shape is termed as streamlined. Therefore, the shape allows the water to flow around easily and permit the fish to gain motion in the water.

Ans: Snakes hold four different ways of movement.  We know they don’t have legs, hence they utilize their muscles as well as scales for motion. The four movements are termed as: sidewinding, rectilinear method, concertina method, and serpentine method.

Q2. Fill in the blanks