Mahatma Gandhi Speech – It is indeed rare for someone to create as great an impact on a nation as Mahatma Gandhi did with India. Mohandas Karamchand Gandhi who has the honorific Mahatma added to his name, was an Indian lawyer, politician, and anti-colonial nationalist. Furthermore, Gandhi came forward with the highly successful nonviolent resistance against  British rule. Moreover, this man was inspired by several civil rights and freedom movements across the world. 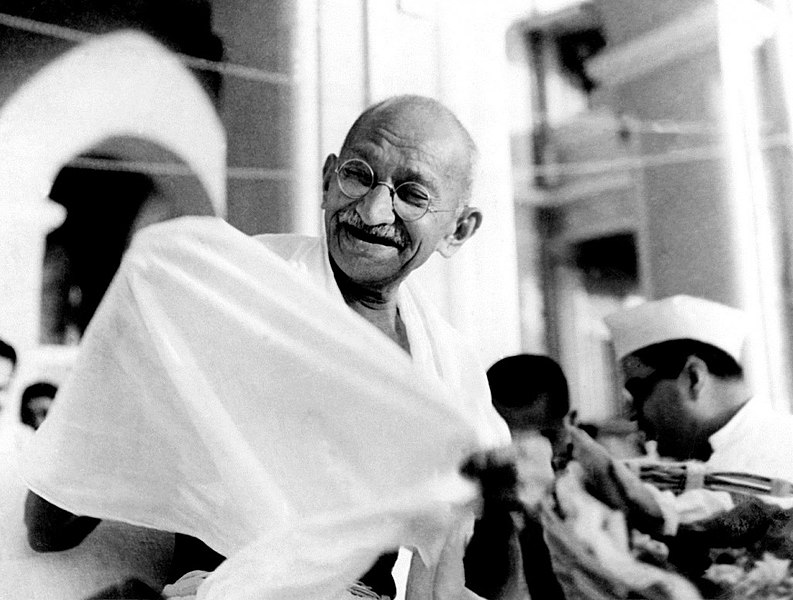 Mahatma Gandhi came into this world on October 2, 1869. This great personality was born in an Indian Gujarati family. Law training of this man took place at the Inner Temple in London. The making of his greatness took place in South Africa.  It was here that Mahatma Gandhi spent a significant part of his life.

Furthermore, in South Africa, Mahatma Gandhi raised his family. Most noteworthy, it was here that Gandhi fought for civil rights by employing nonviolent resistance.

When Mahatma Gandhi came to South Africa, he had to deal with racial discrimination due to his skin color. Once while traveling on a stagecoach along with Europeans, he was asked to sit near the driver on the floor. Mahatma Gandhi came forward with his refusal as clearly this was a great humiliation for him. Consequently, Gandhi had to suffer beating because of his refusal.

In another incident, Mahatma Gandhi was forcefully made to quit a train at Pietermaritzburg in South Africa. This was due to his adamant refusal to quit the first-class. Consequently, he spent the entire night shivering in the train station. Such events of pure racial discrimination were certainly instrumental in shaping the ideology of this great man. Ultimately, Mahatma Gandhi began to question the standing of his people in the British Empire.

Mahatma Gandhi came back to India in 1915. By this time, there was a significant escalation in the reputation of this man. Furthermore, Mahatma Gandhi became famous as a leading Indian nationalist. After his return, Gandhi became part of the Indian National Congress. In 1920, this man took leadership of the Congress.

Mahatma Gandhi was a huge advocate of nonviolence. In fact, we can safely say that he was the originator of the principle of nonviolence. Furthermore, he was the first person to apply this concept on such a massive political scale. This man always preached people regarding the importance of ahimsa or non-violence.

If you want to learn more about Gandhi’s ideas regarding nonviolence or ahimsa, then refer to his famous autobiography “The Story of My Experiments with Truth”.

One incidence which clearly shows Mahatma Gandhi’s staunch support for nonviolence was the Chauri-Chaura incident. In this incident, angry demonstrators attacked a police station and set fire to the police. Consequently, there was the death of twenty-two policemen. Most noteworthy, there was the halting of the ongoing successful non-co-operation movement by Gandhi due to this incident.

He took this decision to halt the non-co-operation movement because he was strictly against the violence of any kind. He was a staunch man who would never tolerate the tarnishing of his movement with any kind of violence.

Mahatma Gandhi was a man who gave his whole life to the nation. No doubt people refer to him as the father of the nation. His empathy for the poor, oppressed, and lower caste people is absolutely unparalleled. This great man continues to command respect not only in India but all over the world.