There’s no exaggeration in the fact that we are alive because of the 10 trillion cells in our body. Each of these cells is repeatedly performing the actions in our body to help us get through the day to day activities. The role and importance of cell are undeniable. But have you ever pondered about the cell size? In this topic, we’ll help you understand the cell number, cell shape and cell size. Let’s start.

There are millions of living organisms around us. Each of them has different size and shape. Moreover, their organs also vary in size, shape and number of cells. 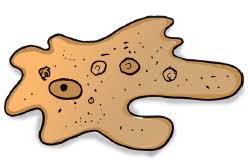 Our human body has trillions of cells. Surprisingly enough, each of these cells varies in shapes and sizes. There are several different groups of cells which perform a plethora of functions. Every organism that has more than one cell is known as the multi-cellular organism.

Even an organism that has billions of cells happens to begin its life with a single cell, that is a fertilized egg. This fertilized egg goes on to multiply, thereby increasing the number of cells as the development takes place. If an organism is a single-celled organism, then it would be a unicellular organism.

Learn more about Parts, Structure and Functions of Cell in more detail here.

Usually, the cells are round, elongated or spherical. There are also some cells which are long and pointed on both the ends. Such cells exhibit spindle shape. In some cases, the cells are very long. Some may be branched like the neuron or the nerve cell. The nerve cell transfers and receives messages.

It, therefore, helps in coordinating and controlling the working of the different parts of the body. The components of the cell are enclosed in a membrane. This membrane provides shape to the cells of animals and plants. There is a cell wall surrounding them. The cell wall is an additional covering over the cell membrane in the plant cells. It offers rigidity and shape to the cells.

The cell size is variable. In the living organisms, the cell size may be as small as a millionth of a metre or may be as large as a few centimetres. Usually, all the cells are microscopic in size and aren’t visible to the naked eye. Thus, they need to be enlarged by a microscope for seeing.

Q. What is the smallest and the largest cell?

Ans. The smallest cell varies from 0.1 to 0.5 micrometre and is found in bacteria. On the other hand, the largest cell measures 170 mm × 130 mm and is the egg of an ostrich.