How small is a cell? If you keep the tip of a ballpoint pen on your skin, that will cover around one thousand cells. In human, cells vary between 10 µm and 100 µm (µm stands for micron, which is 1 millionth of a meter or 1 thousandth of a millimetre). Let us see the structure of cells.

Different cells have different shapes and sizes depending on the function they perform. For example, RBCs are circular in shape, nerve cells are elongated, muscle cells are spindle-shaped, skin cells are flat etc. 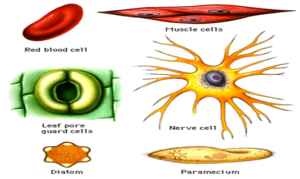 A cell can be viewed as an enclosed vessel, within which innumerable chemical reactions take place simultaneously. These reactions are under very precise control so that they contribute to the life and formation of new cells.

A generalized cell consists of a membrane-bound structure enclosing a nucleus and cytoplasm with many small organelles floating in it. Plant and animal cell have a few differences given in the figure below.

Browse more Topics under The Fundamental Unit Of Life

Comparison of Diffusion and Osmosis

What will happen when a cell is placed in solutions of different concentrations?

Next component of the structure of call is the cell wall. They are present only in plant cell and they are hard and rigid.

4. Nucleus (Director/ Brain of the Cell) 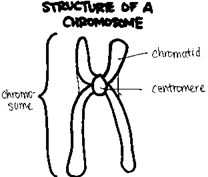 Q: How does the exchange of materials take place in unicellular organisms?

Answer: In unicellular organisms, the process of diffusion helps in exchange of materials. Respiratory gases like oxygen and carbon dioxide diffuse through general body surface into the surrounding water. Food is taken in through phagocytosis.