Here’s a fact that will boggle your mind. There is a retinal protein named after the cartoon character Pikachu! It is called Pikachurin. In fact, proteins are known to have unique names. Proteins are complex biomolecules that are made up of smaller units known as amino acids. Let us learn about them in detail.

Due to different rearrangement of amino acids, the structure of proteins divides into four types:

Proteins are made up of smaller units known as amino acids and the bond linking them is known as a peptide bond. This bond is formed when the carboxyl group (-COOH) of one amino acid bonds with the amino group (– NH2) of another amino acid releasing a molecule of water (H2O).  A peptide may be dipeptide, tripeptide, and polypeptide. 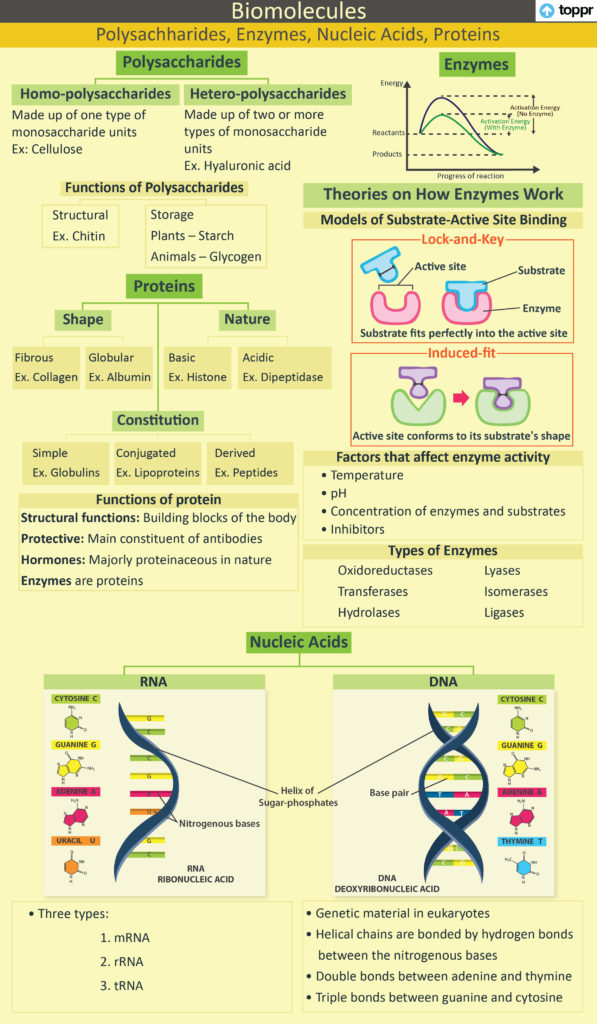 Classification of proteins is done on the basis of the following:

On the basis of shape

On the basis of Constitution

On the basis of nature of Molecules

The formation of a peptide bond is a dehydration reaction where a molecule of water is released. Therefore, the correct answer is the option (b).

Share with friends
Previous
Classification of Flowering Plants
Next
Polysaccharides

DNA consists of thymine or thiamine??

DNA has thymine, whereas in RNA it is replaced by uracil. Thank you.