Heterozygous is the state in which an organism has inherited different forms of a particular gene from each one of the biological parents. It certainly holds an important position in molecular biology. Students can learn more about heterozygous and its characteristics here. 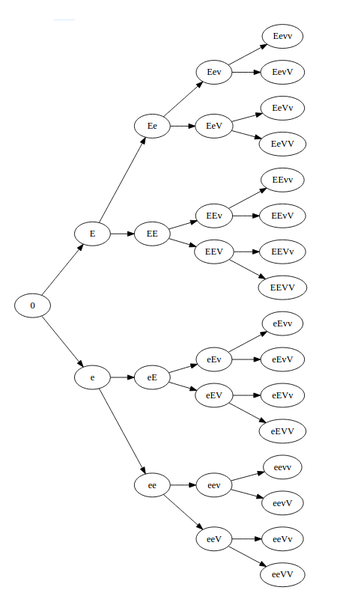 Definition and Meaning of Heterozygous

For each trait, diploid organisms have two alleles. Moreover, these alleles are different in heterozygous individuals. Complete dominance inheritance refers to one allele being dominant and the other being recessive. The dominant trait is observed while the recessive trait is masked.

A good example can be round seed shape (R) which is dominant and wrinkled seed shape (r) which certainly is recessive. Furthermore, around seeds plant would have either of the following genotypes: (RR) or (Rr).

Also, a plant with wrinkled seeds would have the genotype: (rr). The genotype (Rr) involves the dominant round seed shape. This is because its recessive allele (r) happens to be masked in the phenotype.

Here one of the alleles does not mask the other in a complete manner. Rather, one notices a different phenotype which happens to be the combination of the phenotypes of the two alleles.

Here the expression of the heterozygous alleles in the phenotype takes place in a full manner. An appropriate example of codominance is AB blood type inheritance. The A and B alleles are expressed in a way that is full and equal in the phenotype. Moreover, the experts consider them to be codominant.

Q1 Which of the following is not a characteristic of Heterozygous?