Reproductive health of individuals has a significant role to play in the society. Creating awareness about the general health as well as the reproductive health of the population is more of a social goal in today’s society. Let us educate ourselves about important matters such as MTP and STD.

An intentional termination of a pregnancy before it reaches full term is called medical termination of pregnancy (MTP). It is an induced abortion.  In India, MTP is legalized but with certain riders, so that people do not misuse it. These riders and restrictions have been put in place so that illegal female feticides can be controlled and monitored. However, in some countries, MTP is still not accepted or legal as there are many religious, ethical and social issues involved.

MTP is mainly done to get rid of unwanted pregnancies that arise out of casual unprotected sex or sometimes even failure of the contraceptives or even unfortunate incidents of rape.

There are also other medical reasons when MTP is performed. When there is an issue in the pregnancy or the developing fetus, which is likely to be fatal for both the other and the fetus, then MTP is done. MTP is generally safe during the first trimester of the pregnancy.

But, there are many disturbing trends that come to light when one speaks of MTP. Many unqualified people do it risking the lives of both the fetus and the mother. Secondly, when through some illegal means, the sex of the child is determined and if found to be a female child, MTP is performed. These practices are dangerous, risky and very disturbing. Here it is very important to spread the right information about the abortions and provide counselling. 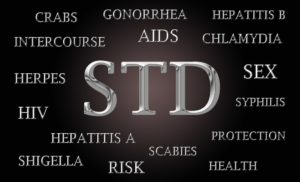 Sexually transmitted diseases or an STD is a  disease or infection that is transmitted from one person to the other through sexual intercourse. Some of these diseases include Gonorrhea, Syphilis, Hepatitis B, Genital herpes, Chlamydiosis, Genital warts, AIDS etc. Most of the STD’s can be curable if detected early and proper treatment is given. The exceptions are the dreaded AIDS, Hepatitis B, and Genital Herpes.

The symptoms of the STD’s or venereal diseases can range from itching, mild pain, fluid discharge, swelling etc., occurring in the genital region. In the case of females who are infected, symptoms are rarely seen, which is the main cause for not being detected early.

There is a lot of social stigmas attached to an STD, which deters the infected persons from taking timely medical help. Even the absence of significant symptoms is another cause. All this leads to further complications that can include cancer, infertility, ectopic pregnancies or stillbirths or even pelvic inflammatory diseases.

STD’s pose a major threat to a healthy society. The only probable solution to overcome this problem is the prevention or early detection these diseases so that medical attention can be given at the right time. The reproductive healthcare programs should focus on issues like STD’s also.

Q; Is MTP legal in India? Under what conditions is MTP advised?

Ans. In India, MTP is legal. It is advised when the pregnancy is harmful to both the fetus and the mother. The other conditions when MTP is advised are to get rid of unwanted pregnancies due to casual sex or failure of the contraceptives.