India is regarded as one of the fastest growing major economy in the world. Since 2010, while most emerging economies witnessed a declining trend in growth rate, India’s growth rate showed improvement. This led to global policy-makers trying to understand the Indian economy better. In this article, we will discuss the features and basic characteristics of the Indian Economy.

Basic Characteristics of the Indian Economy

The key macro-indicators or the basic characteristics of the Indian Economy are as follows: 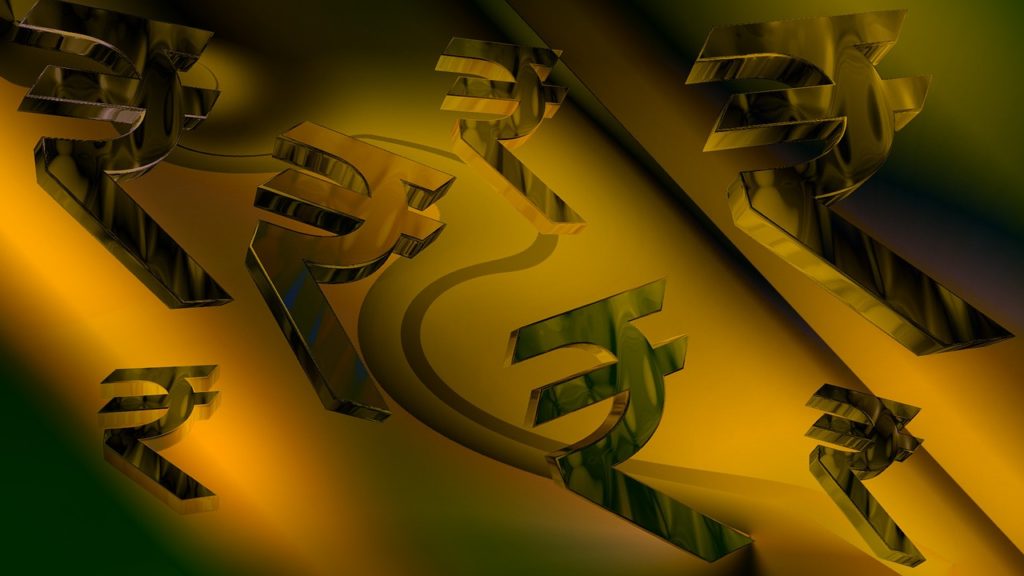 Usually, income level is used in the determination of the overall well-being and happiness of a country and its citizens.

Therefore, it is one of the important basic characteristics of the Indian Economy. Income of an economy is generally measured through the Gross Domestic Product or GDP.

Here is a quick look at the share of GDP according to the industry of origin: From the above table, you can see that:

This change in the composition of national income by industrial origin is the consequence of the process of economic growth. The table below indicates the Compound Annual Growth Rate (CAGR) of various economic activities: 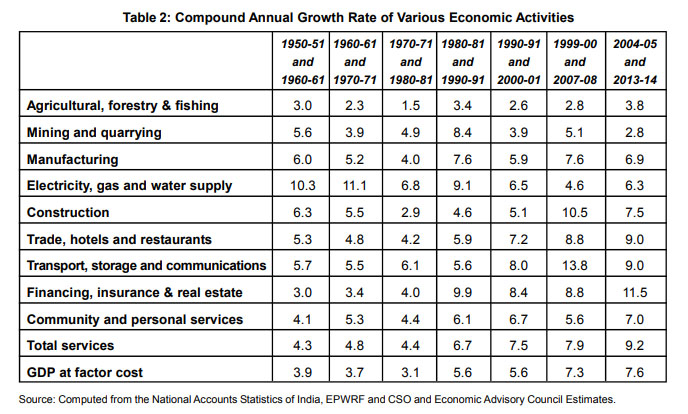 Here are some observations:

So, did the shift in GDP share have any impact on the employment pattern in India?

Here is some data collated from various rounds of the National Sample Surveys:

Capital formation plays a crucial role in the economic development of a country. Usually, insufficient capital is the primary culprit in underdeveloped or developing economies.

Therefore, both production and consumption are dependent on the amount of capital available in the country.

The most important process of accumulating physical capital is increasing the volume of real domestic savings. According to the World Bank, in 2015, the household sector was the biggest contributor to Gross Domestic Savings in India.

GDS accounted for nearly 29.8% of the GDP in our country. The following table shows the gap between the Gross Domestic Capital Formation (GDCF) and Gross Domestic Savings (GDS):

In India, fluctuations in prices are a common occurrence due to several natural and economic factors. These fluctuations create an atmosphere of uncertainty which goes against the spirit of the economic development of the country.

Two price indices help in the measurement of Inflation – the Wholesale Price Index (WPI) and the Consumer Price Index (CPI).

The table below offers a comparative picture of inflation based on the major series of price indices for the last five years:

In countries like India, the domestic capital is not sufficient for economic growth. Therefore, foreign capital is a way of filling the gap between domestic savings, foreign exchange, government revenue and the investment necessary to achieve the developmental targets.

Apart from being capital-poor, India is also backward in technology required for rapid economic development for many reasons. Foreign capital can provide the required resources to solve the technological backwardness of the country.

In 1991, the Government announced a New Industrial Policy to increase the flow of foreign capital in India. Here is a quick look at the foreign investment flows in India:

Traditionally, India was famous for textile and handicrafts exports. During the British era, India became an exporter of raw materials and the British machine-made goods.

However, in the post-independence period, India went through a huge change in its foreign trade policy. Since the introduction of the five-year plans, India started depending heavily on imported machinery and equipment to develop different types of industries.

Therefore, foreign trade has helped India in different stages of its economic development. Here is a quick look at India’s imports and exports for a decade: The top 5 countries from whom we import goods are China, UAE, Saudi Arabia, Switzerland, and the USA. On the product front, we mainly import petroleum and crude oil products and pharmaceutical products from these countries.

What are the key macro-indicators or the basic characteristics of the Indian Economy?

The key macro indicators are:

Share with friends
Previous
Money and Banking
Next
Agricultural Policies