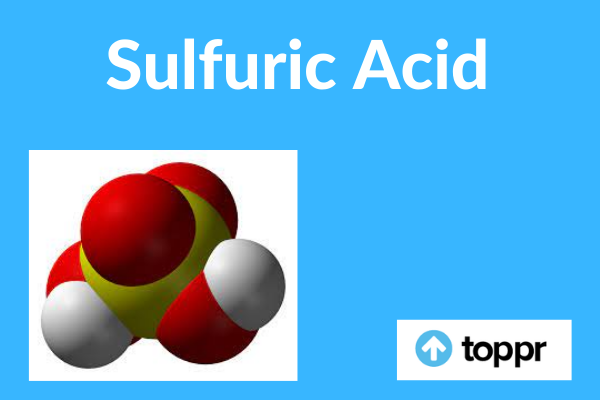 The Physical Properties of Sulfuric Acid

The Chemical Properties of Sulfuric acid

Question 1: Can you neutralize sulfuric acid with water?
Answer: If you have a certain amount of concentrated Sulfuric acid, one should pour it into a sodium hydroxide solution i.e., NaOH. The water will dilute and take off some heat that usually the sodium carbonate or bicarbonate produces when it neutralizes the acid.

Question 2:  What happens when Sulfuric acid reacts with carbon and sodium chloride?