Molecular formulas are compact and straightforward to communicate; however, they lack the knowledge about bonding and atomic arrangement that’s provided during a molecular formula. We represent the constituent elements by their chemical symbols, and therefore the number of atoms of every element present in each molecule we write as a subscript following that element’s symbol.

It uses one line of element symbols and numbers. Sometimes it also includes other symbols, like parentheses, dashes, brackets, and plus (+) and minus (–) signs. 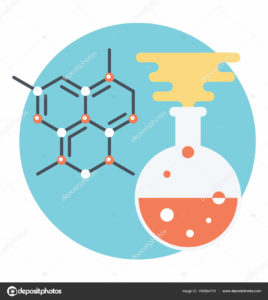 Molecules with multiple functional groups that are an equivalent could also be expressed by enclosing the repeated group in round brackets. For example, isobutane may be written (CH3)3CH. A triple bond may be expressed with three lines (HC≡CH) or three pairs of dots (HC:::CH), and if there may be ambiguity, a single line or pair of dots may be used to indicate a single bond.

Q 1] The empirical formula of a compound of boron and hydrogen is BH3. Its molar mass is 27.7g/mol. Determine the molecular formula of the compound.

Then, divide the molar mass of the compound by the empirical formula mass. The result should be a whole number or very close to a whole number.

Multiply all the subscripts in the empirical formula by the whole number. The result is the molecular formula.

The molecular formula of the compound is B2H6.