On this planet, there exist about 100,000 inorganic compounds. Inorganic chemistry is the study of the behaviour of compounds along with their properties, their physical and chemical characteristics. The elements of the periodic table except for carbon and hydrogen are in the lists of inorganic compounds. Many of the elements very important like titanium, iron, nickel and copper. The transition metals form useful alloys, with each other and with other metallic elements. 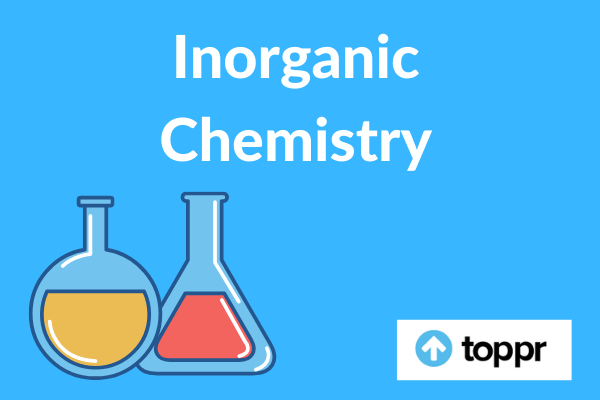 The organic compounds that are classified under Inorganic chemistry are:

Organometallic Chemistry is an interdisciplinary science. It has grown at a pace during the last three to four decades. Organometallic compounds are in use as homogeneous catalysis agents in industries.

Coordination compounds had applications long before the establishment of inorganic chemistry. An investigation of structure and bonding in coordination chemistry started with the inquisitiveness of Tassaert.

The elements placed in group 13 to group 18 constitute the p-block. The properties of p block elements are greatly influenced by their atomic size, ionization enthalpy, electron gain enthalpy and electronegativity. The absence of d–orbitals in the second period and the presence of d- or f-orbitals in heavier elements has an effect on the properties.

Inorganic chemistry has many applications in various fields such as Biology, chemical, engineering, etc

Question 1: What are the physical properties of chemistry?

Question 2: What is the scope of inorganic chemistry?

Answer: Inorganic chemistry is the study of the inorganic or organometallic compound synthesis, structure, and behaviour. Inorganic chemistry is in use in every sector of the chemical industry, including catalysis, materials science, paints and pigments, medicines, fuels, surfactants, coatings, and plastics.