Our atmosphere contains multiple gases. But did you know which gas occupies the maximum percentage of composition? It is Nitrogen Gas. If we talk about the atmospheric composition in detail, it has 78% of Nitrogen, 21% of oxygen, 1% of argon, and traces of carbon dioxide, krypton, hydrogen.

Also, it has nitrous oxide, neon, helium, methane, xenon, ozone, iodine, carbon monoxide, and ammonia. Therefore, being the most abundant element of Earth’s atmosphere, it is also the principal constituent of all living matter. 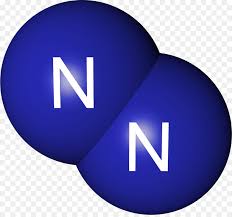 Nitrogen gas has two molecules of Nitrogen therefore, the molecular formula of this gas is N2. It is a non-metallic element that occupies Group 15 of the periodic table. Nitrogen gas is colorless, odorless, and tasteless, which was discovered by a well-known scientist named Daniel Rutherford in 1772. However, its name was driven from the Greek word ‘nitron’ and ‘genes’ which means nitre forming.

How to Prepare Nitrogen Gas?

Nitrogen ranks sixth in cosmic abundance among all the elements of the periodic table. we can find it in meteorites, volcanoes, mines, mineral springs, the sun, stars, and nebulae. However, the naturally occurring deposits of existing Nitrogen gas is insufficient for human needs. Therefore, we prepare the gas on a large scale through multiple laboratory procedures. 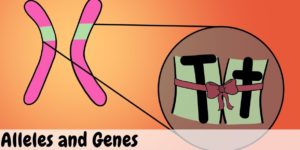 If we talk about its history, The Nitrogen Gas was earlier obtained by Egyptians through heating a mixture of dung, salt, and urine. This gas extinguished a burning candle and make a mouse die on breathing it, which confirmes that they produce it rightly.

Nowadays, industries prepare commercial nitrogen through fractional distillation of liquefied air. We can also produce it by burning carbon or hydrocarbons in air and then separating the resulting water and carbon dioxide from the residual Nitrogen.

The density of the gas is 1.2506 grams/litre. In addition to this, the most significant part of nitrogen gas is that the triple bond between the atoms of the gaseous molecule is so strong that is does not allow any other molecule to enter their combinations.

Since nitrogen gas is a noble or an inert gas, we can use it to diminish or minimize the oxidation of various materials. More abundantly, we use it for the production of ammonia, which we use as a fertilizer, explosive, or various other materials.

Not just that, we all have heard about liquid Nitrogen. The liquid Nitrogen is an excellent refrigerant that freezes things to relatively low temperatures. Thus, hospitals use it to preserve blood. Also, we use it as a coolant for large computer systems.

We use it as a disinfectant for household purposes. Commercially, the plastic industry uses it as a feed supplement for livestock. Therefore, being abundant in the Earth’s atmosphere, it is equally essential for the sustainability of the environment.