How many bonds have you learnt up till now? We are not talking about the relationship bond. Here we are talking about the bonds in chemistry. You must have heard about the covalent bond, ionic bond, etc, right? Now we will see the hydrogen bond in detail in this section. Hearing this for the first time? Or just have a vague idea about it? No worries! We will clear all your doubts. Keep reading below.

What is a Hydrogen Bond?

The hydrogen bond is an interaction involving a hydrogen atom located between a pair of other atoms having a high affinity for electrons such as nitrogen, oxygen or fluorine. It is an electrostatic attraction between two polar groups. This occurs when a hydrogen atom (H) is bound to a highly electronegative atom such as nitrogen (N), oxygen (O), or fluorine (F), and experiences the electrostatic field of another highly electronegative atom nearby. 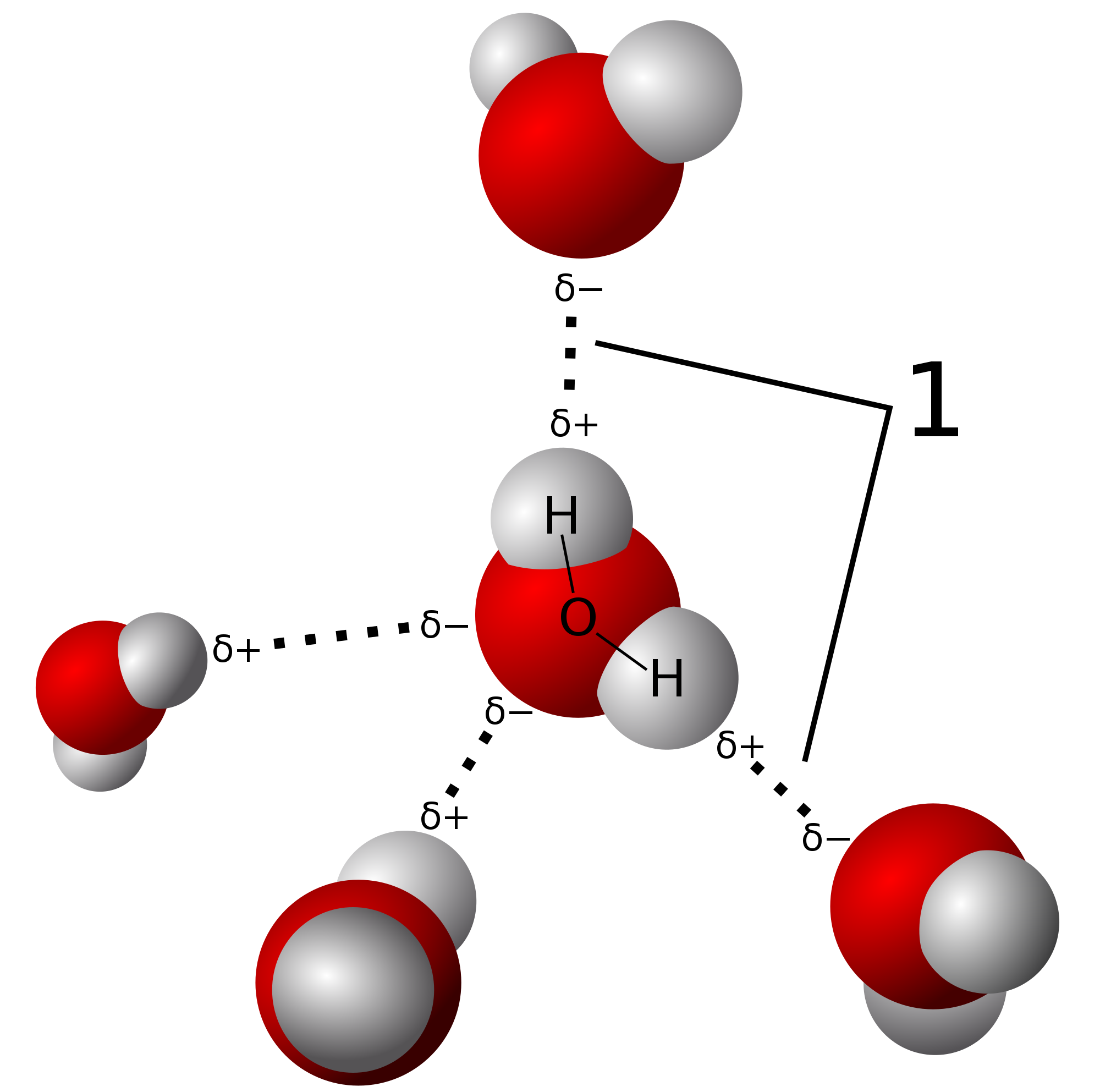 One atom of the pair (the donor), generally a fluorine, nitrogen or oxygen atom, is covalently bonded to a hydrogen atom (-FH, -NH or –OH), whose electrons it shares unequally. Its high electron affinity gives hydrogen a slight positive charge. The other atom of the pair, typically F, N, or O has an unshared pair of the electron; hence it has slight negative charge. Mainly through electrostatic attractions, the donor atom shares its hydrogen with the acceptor atom hence forming a hydrogen bond.

The small sizes of nitrogen, oxygen, and fluorine are essential to hydrogen bonding because it makes those atoms electronegative that their covalently bonded hydrogen is highly positive. Another reason is that it allows the lone pair on the other oxygen, nitrogen, or fluorine to come close to the hydrogen.

In HF molecule there is a hydrogen bond between the hydrogen atom of one molecule and the fluorine atom of another molecule.

This further leads to the formation of a polar molecule with an electrostatic force of attraction. The magnitude of H-bond depends on the physical state of the compounds. It reaches a maximum value in solid state and minimum in a gaseous state.

Hydrogen bonds account for some important qualities of water. Even though a hydrogen bond is only 5% as strong as a covalent bond, it’s enough to stabilize water molecules.

There are many important consequences of the effects of hydrogen bonding between water molecules:

Question: On what parameters the energy of hydrogen bond depends?

Answer: The energy of hydrogen atom depends on the nature of donor and acceptor atoms that is their geometry, bond, and environment. The energy can be as high as 40kcal/mol