During your childhood, have you ever accidentally touched a light switch and suddenly experienced a jolt of electricity? Well, even though the tingling goes away in a few minutes, we couldn’t get over the feeling of shock that we received. For days we avoid touching another light switch, eventually getting over the fear. But how and why this happened? And what exactly are the heating and magnetic effects of electric current? Let’s find out. The fundamental law of conservation of energy states that the total energy in an isolated system is always constant. It means that energy can neither be created nor destroyed – it can only be transferred from one form to the other. 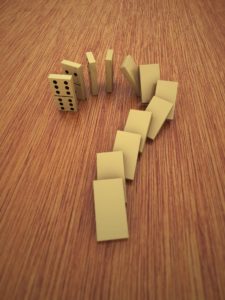 How does it work?

When a unit charge moves from one point to the other, some work is required to do so. The potential difference is the measure of work that is done in moving the charge across the circuit. Current in a circuit is equal to the amount of charge flowing in one second.

Therefore, work that is done in moving charge ‘Q’ through a potential difference ‘V’ in time ‘t’ is given by

Therefore work can also be expressed as

Thus, we can say that the heat produced is directly proportional to resistance, to time and the square of the current.

Some applications of the Heating Effect

Let us set up a simple electric circuit consisting of a wire, a battery, a switch and a bulb. When current passes through the circuit, the bulb lights up. Now try bringing a magnetic compass near the circuit and notice how the needle deflects when the circuit is complete. 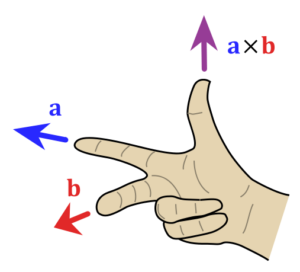 A magnetic field is formed around a conductor when current flows through it which means it acts like a magnet. We also know that in magnets, unlike poles attract and like poles repel each other.

We know that in magnets like poles repel and unlike poles attract each other, so depending on the direction of the magnetic field induced, the conductor will either get attracted to or get repelled by the permanent magnet. When you aren’t busy knocking on doors, you are definitely ringing the doorbell. But have you ever wondered how a bell actually works? Well, one application of electromagnets is an electric bell.

Learn more about the Symbols of Electric Component here.

How: Take a wire and wrap it around an iron rod in many turns. As long as we apply current to the rod, it will act as a magnet. And this type of magnet is defined as an electromagnet. Now, increase the number of turns of wire and watch it become a more powerful magnet. It will then attract a piece of iron attached to the clapper which hits the bell, in turn, making it ring. So, now you understand the basic principle behind the working of your doorbell.

Other applications of the electromagnet are in the following things that we use.

Q: An electric heater kept in a vacuum is heated continuously by passing electric current. It’s temperature will:

Ans: D. become constant after some time because of loss of heat due to radiation

Electric Current and Its Effect

Electric Current and Its Effect