Many of us have heard and used a lot of chemicals in everyday life. These chemical compounds, as you know, are of great significance. Some of them exist in nature. However, in chemical laboratories, they prepare some of them using various methods. Ammonium carbonate is one of those substances.

Also, they vary in both their physical and chemical composition. Some of them are volatile; some are not. While some are corrosive, and some of them have a pungent smell. But all of these chemicals are of great use.

It is a substance that we all have seen and used in our school lives in chemistry labs. So, let us uncover all the insightful details about this chemical compound.

As we all know that all the chemical compounds can be put in three categories namely acids, bases, and salts; therefore, Ammonium carbonate due to its properties is classified as salt. The chemical formula for it is (NH4)2CO3.

Ammonium Carbonate decomposes at 58 °C. Therefore, this temperature is its melting point. 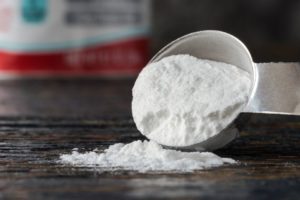 For commercial usage, it is produced is exposed to air to decompose to any bicarbonate to be sold.

It is important to store Ammonium Carbonate in a tightly-closed container and kept at a cool, dry, place in a well-ventilated area. Also, make sure to keep this compound away from incompatible substances. Also, it should not be stored in metal containers to avoid any chemical reactions. Preferably, it should be stored in opaque plastic or glass containers.

It have multiple applications. Since it is an easily decomposable gas, we use it as a leavening agent and smelling salt. commonly we refer it to as baker’s ammonia. Formerly, the Greeks bakers use them to bake a cake. But nowadays, due to its pungent smell, we now use baking soda or baking powder as its replacement.

Not just that, it is also a significant component of salt volatile or salt of hartshorn. It is also included in the tobacco mixture to raise its pH, thereby increasing the amount of nicotine available for absorption by the body.

If we talk about its medicinal use, Ammonium carbonate being an irritating compound to the respiratory system, it has a traditional method to revive people who have fainted. Just hold a bottle filled with ammonium carbonate under the nostrils of the fainted person, and the person “comes to” due to its sharp smell.

Now, when you have understood this chemical compound briefly, try experimenting with other compounds under expert guidance to discover unknown mysteries related to it.