Air is a mixture of gases like oxygen, nitrogen and carbon dioxide in higher proportions and much smaller levels of argon, water vapor, and other gases. Living things live and breathe in the clear gas. It has an indefinite shape and volume. It has no color or smell. Air is a matter so it has mass and weight. The weight of air creates atmospheric pressure. The Components of air are 78% nitrogen, 21% oxygen, 0.9% argon, 0.04% carbon dioxide, and very small amounts of other gases and water vapor. In aerobic respiration, animals need to breathe the oxygen in the air. In breathing, we inhale oxygen which reaches the lungs and from lungs blood capillaries absorb oxygen and carbon dioxide is breathed out into the air. Plants need carbon dioxide for photosynthesis. 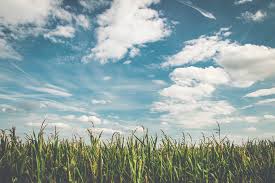 Air is a natural resource and is available abundantly. It is an essential element of nature that support life on earth. Air is equally important for living organisms for their survival just like water. Air is very useful and has many applications. Uses of air are as follows:

Oxygen present in the air is one of the main life-sustaining gas. All living things breathe in and breathe out the air in the form of oxygen and carbon dioxide. Nitrogen and Carbon dioxide are vital for plants and their growth.

Another use of air is that it supports burning or combustion. The oxygen present in air help in the burning of the fuels leads to carry out activities like cooking food, running industries, and vehicles as well as generating heat and electricity.

Air helps in maintaining the temperature on the earth’s surface by circulating hot and cold air. Air acts as a conductor of heat. The phenomena of the water cycle are also dependent on air.

Air which consists of energy is one of the main suppliers of energy. Living things are made up of cells and these cells extract oxygen within the blood to produce energy in the form of ATP. The generation of ATP which is biochemical in nature is essential to maintain life on the Earth.

Carbon dioxide which is also a component of air is used by plants during the process of photosynthesis and oxygen, water vapor is released by plants as a by-product.

Apart from these gases, other gases are also useful such as nitrogen is used in the production of ammonia.

All organisms present on Earth require air to sustain themselves. Among all the gases oxygen and nitrogen are two gases that are used by organisms to fuel their cells. During respiration oxygen is inhale into the lungs and then release into the bloodstream and oxygen is distributed in all cells of the body.

The cells present in the body by the process of cellular respiration use oxygen to sugar and release energy. Humans have found ways in which to pressurize air, allowing people to combat the elevation sickness experienced when moving into high-elevation areas.

Air plays an important role in the generation of electrical power. Windmills use air to create power directly, air when passed through a large turbine, it generates electricity. Some sensitive mechanical drive systems use controlled pressurized air to move machinery.

Air pollution is the result of uses for air in an improper manner. It plays a crucial role in supporting life on earth, people take air for granted. Air is invisible which surrounds the planet, many companies do not pay attention to the waste material which they are releasing into the air causes air pollution. We should pay some attention to how we pollute our environment and take some serious action to protect our environment.

Questions on Uses of Air

Share with friends
Previous
Types of Water Pollution - Causes and Effects
Next
Class 6 Science Chapter 1 Notes - Food: Where Does It Come From?