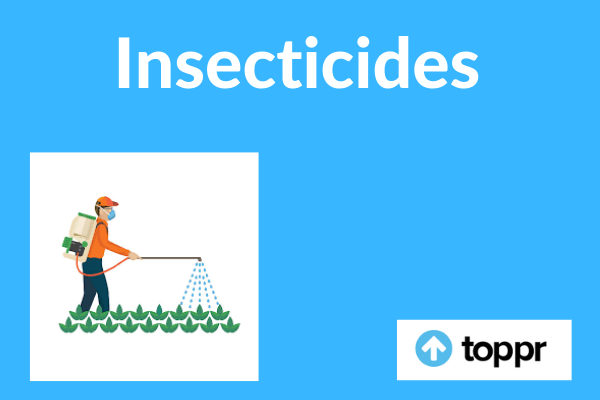 Insecticides are divided into two major groups. These groups are systemic insecticides, which have residual or long term activity. Another is contact insecticides; these insecticides have no residual activity.

The mode of action shows how the insecticide kills or inactivates. It gives another way of dividing insecticides. Mode of action looks after whether an insecticide will be toxic to unrelated species, such as fish, birds and mammals.

Insecticides are repellent or non-repellent. Social insects like ants cannot detect non-repellents. Ants readily crawl through insecticides. As ants return to the nest, they take insecticide with them and transfers it to their nestmates. With time, this eliminates all of the ants including the queen and usually completely eradicates the ant colony. Insecticides are distinct from non-insecticidal repellents that are it repel but do not kill.

There are three different types of insecticides as follows:

Classification of Insecticide based on:

Question 1: How are insecticides classified based on chemical nature?

Answer: Based on the chemical nature of insecticides, these are classified into four groups as follows:

Question 2: What are the disadvantages of insecticides?

Answer: Few disadvantages of insecticides are given below: